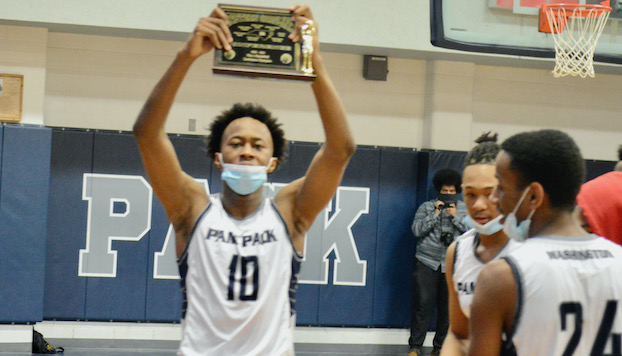 The Washington High School boys could play at home until at least the third round, while the Northside and Southside girls an the Seahawks boys will be on the road as the North Carolina High School Athletic Association announced the state tournament pairings Sunday afternoon.

The Pam Pack wrapped up their first conference title in 42 years Friday and earned the third seed in the East. 32 teams qualify in each classification, 16 in the East and West brackets. That’s down by half of the usual 64 teams because of COVID-19 restrictions.

“I’m happy with our seed and the chance to play at least two home games,” said coach David Allewalt. “We might get more if we keep winning and some higher seeds don’t.”

Southside finished third in the Coastal Plains 1A with a 6-3 record and is the 16th seed as a wild card. They travel to top-seeded Granville Central (10-2, 12-2) Tuesday.

On the girls side, the tough competition in the Coastal Plains conference helped the Seahawks and Panthers extend their season.

“We have seen it all in our conference with tough games just about every night,” said Northside coach Michelle Leathers. “We are very excited to keep playing and our game plan will be the same. We’ll treat it like another game in our league and see what happens.”

Southside finished third with a 5-3 record and drew the 15th seed as a wild card. That earned them a trip to second-seeded Falls Lake Academy, who went 7-0 to take the North Central conference title.

“I look at it as a reward for everything our team went through this season,” Southside coach Milton Ruffin said. “It was a big challenge to deal with all the COVID-19 interruptions and our girls have worked hard to battle through it. They are a dedicated group and I’m proud that we get to keep playing.”