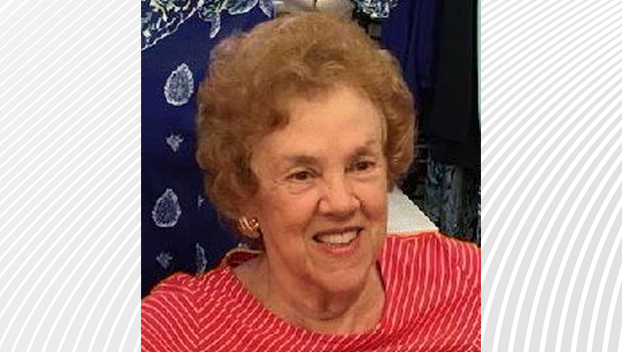 Judy grew up in Albemarle, NC. She and her sister were reared by their loving mother, a career nurse at Stanly Memorial Hospital. Her father was killed in Germany in World War II while serving his country. After graduating from Albemarle High School in 1959, she attended East Carolina College. She was a member of Sigma Sigma Sigma sorority and elected President in 1962. Judy was especially proud of her involvement in the acquisition of her sorority’s house, the first for an ECC sorority. In addition she was elected Chair of the ECC Women’s Judiciary and President of Fleming Hall, her dormitory. Judy was named to Who’s Who Among American Colleges and Universities graduating with a B.S. in Primary Education in the Class of 1963.

Judy and Jim were married in July 1963 and moved to Greensboro where she taught third grade in the Guilford County School System. In 1967, after a move to Durham, Judy taught one year in the Durham County Public Schools and after the end of the school year she left teaching to become a full-time mother.

Jim’s job took them to several locations in NC. She, most of all, liked Raleigh, Henderson, and Washington and developed lasting friendships leaving many cherished memories. While living in Henderson, Judy enjoyed representing Carlisle, a line of ladies clothing and delighted in serving her satisfied customers. She was passionate about giving back to each community she lived and was especially proud of her involvement in the restoration of The Turnage Theatre in Washington.

Judy was a loving mother and grandmother who enjoyed spending time with her family on the dock at Lake Gaston, at the beach in Emerald Isle, or on the back porch at her home on the Pamlico River in Washington. All the holidays were a reason to decorate and she truly had a knack for doing everything to perfection. She was also known as an expert shopper and gift giver. All the family looked forward to surprises from Meme.

Due to COVID restrictions, a graveside service will be held Tuesday at 1 PM at Fairview Memorial Park, Dogwood Section, at 1425 East Main Street, Albemarle, NC. Friends are invited to attend and to follow all recommended COVID guidelines.

The family extends a thanks to the Members of the Cypress Glen Team, and Vidant Hospice of Greenville. In lieu of flowers, memorials to remember and honor Judy’s life may be sent to the East Carolina Foundation for the Judy R. Chesnutt Endowment Scholarship, Attention: Chris Dyba, 2200 S. Charles Blvd., Greenville, NC 27858; or to the Service League of Greenville Inpatient Hospice, 920 Wellness Drive, Greenville, NC 27834.