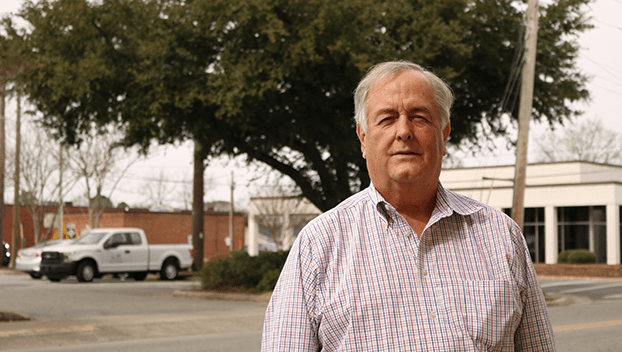 Mayor Jimmy Mobley is glad to have the support of the community and his customers as he goes through this trying time. (Chelsea Hofmann / Washington Daily News)

Jimmy Mobley, long-time mayor of Chocowinity, recently lost his family business following an accident but support from the community has made all the difference.

“It just took me out of business. That business has been in my family since 1951. I was looking to retire but not like that,” Mobley said. “I actually grew up in that business. I’ve done it all my life.”

In November, Mobley’s family business, Chocowinity Dry Cleaners, was damaged when an SUV ran into the side of the building. Mobley and Chocowinity Police Chief Ralph Whitehurst were in the building at the time. 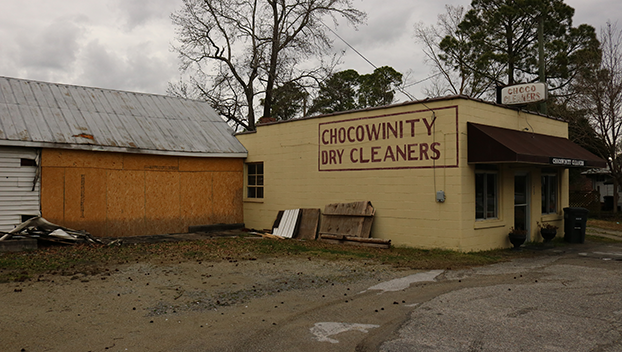 DAMAGE: The damage done to Chocowinity Dry Cleaners can still be seen. According to N.C. Highway Patrol’s initial report, the estimated cost to repair the building totaled around $25,000. (Chelsea Hofmann / Washington Daily News)

“My wife and I had just walked out of the back about 30 or 45 minutes before. He actually ran through the building where I would stand everyday,” Mobley said. “We’ve been working side by side for 54 years. We’ve been through some good times together and some rough times.”

Mobley and his wife Judy have been married for 54 years. Together, they have worked at Chocowinity Dry Cleaners since then and her support through this situation has been essential to Mobley’s persevering spirit.

“Things in life happen. You have to learn to roll with them and keep going. As it is now, I have a friend in Washington that runs Roberson’s Cleaners and I was talking to him and he wanted me to go to work with him for two to three days,” Mobley said. “I enjoy going over there and working.”

Bill Davis, the owner of Roberson’s Cleaners, and Mobley have a long history together. Over 20 years ago, Mobley helped Davis start up his business when he came to Washington and Davis believed it was time to repay the favor.

“Fortunately, I had somewhere else to go. All of my customers from over here are now going over there and asking for me. It makes it a whole lot easier,” Mobley said. “I’d like to thank my customers that I’ve had for so many years. And I look forward to serving them at Roberson’s Cleaners because he has hired me over there.” 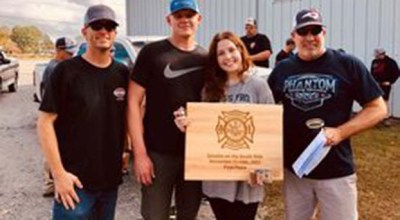