Seahawk’s season ends in third round 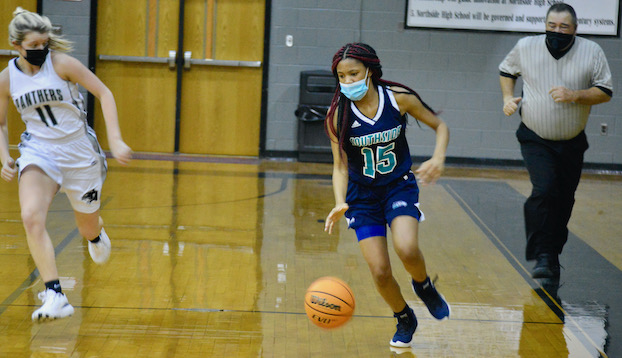 The Southside girls made the 1A state tournament as a wild card after finishing third in their conference, qualifying the 15th seeded Seahawks as a Cinderella team.

They would have played conference and county rival Northside for the right to go to the state championship game, but instead, their season is over.

“We made a great run in the tournament and I’m very proud of my players,” coach Milton Ruffin said. “It was emotional saying goodbye to the seniors because they gave me everything they had all season and helped our team stay on track through all the distractions.”

A COVID-19 quarantine delayed the start of the season by two weeks, followed by another pause halfway through.

“We stayed focused the best we could and used the time to improve,” Ruffin said. “It paid off for us at the end.”

Sophomore Ka’nyah O’Neal led the team with 25 points and 15 rebounds and is one of four players returning next year.

“We’ll be young, but it will be nice to hopefully have a normal season with a normal number of games,” Ruffin said. “We’ll be ready to go when it’s time.”