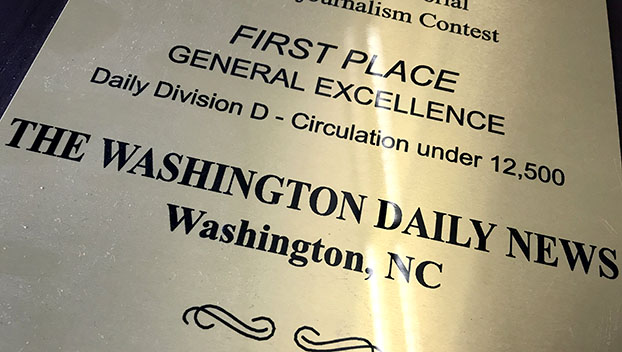 The Washington Daily News was recognized as the top newspaper of its size in the North Carolina Press Association’s annual newspaper contest.

NCPA members were honored during the 148th annual convention held virtually due to Covid-19 protocols and made available to NCPA members Feb. 26.

“We are honored to again be recognized among the top newspapers in the state,” said publisher Ashley Vansant. “The staff of Washington Daily News works hard to provide the best news products possible. Our community deserves no less.”

The Washington Daily News was last recognized as the first place General Excellence winner in 2016.

NCPA’s editorial and advertising contest is one of the largest in the nation with over 4,000 entries submitted by more than 100 newspapers and news organizations.