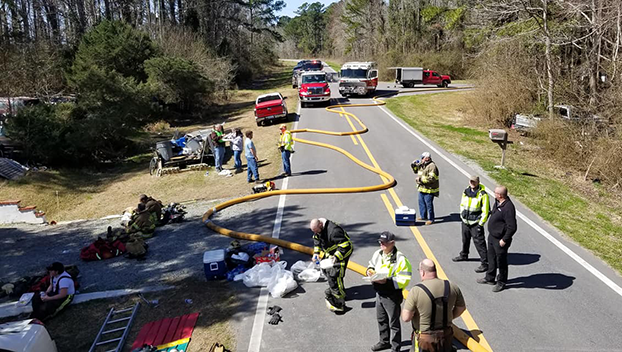 GROUP EFFORT: Firefighters from different departments banded together to get the fire under control after it reginited on Friday morning. (Photo submitted by Aurora Volunteer Fire Department)

AURORA – Officials with the Aurora Volunteer Fire Department believe electrical issues caused a residential fire that occurred on March 4 and 5.

Aurora VFD received another call at 7:15 a.m. on the morning of Friday, March 5 regarding the same property. Blount’s Creek VFD, Aurora Rescue, Chocowinity VFD,  BC Emergency Management, and Little Swift VFD responded to the home. The fire was contained on Friday afternoon.

“The investigation led us to think the fire originated in the area of the electrical service for the house,” an official with Aurora VFD said.

No individuals were home at the time of either fires and there were no injuries reported. The home has been deemed a total loss following irreparable structural damage caused by the fire.

“We have an amazing group of emergency responders in our department and the neighboring departments, not only in Beaufort County but our neighboring counties as well,” Aurora VFD said in a statement posted to Facebook on Saturday. “We work well together when called and count them all as blessings to us. As I have shared before, an instructor once said when the time to act is upon us, we do not see district boundaries. We respond as one team.” 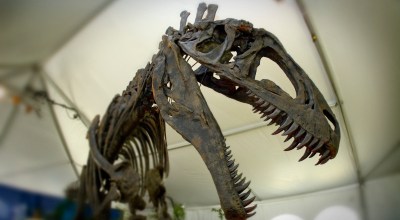