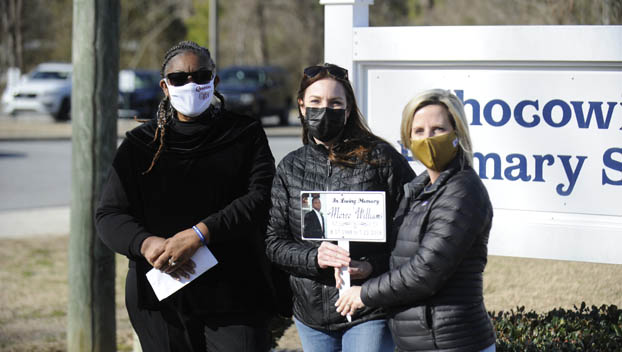 Artis Demoreo’ Williams never got the chance to pursue his dream of working in the medical field. A lifelong battle with sickle cell anemia robbed him of that chance. Williams, a Southside High School graduate known by many as Moreo’, died in July 2018 at 29 years old. Through a new scholarship dedicated to her son’s memory, Edythe Williams is hoping other students will carry on his academic legacy.

“I want to keep my son’s memory alive,” Edythe said, “because each day, even though it’s been two years, I deal with grief and missing him every day.”

Moreo’ loved school, so Williams figured a scholarship would be a fitting tribute.

That idea turned into a $500 scholarship to be awarded to a Southside High senior planning on going into the medical field.

Applications for the first Artis Demoreo’ Williams Memorial Scholarship opened in 2020, but plans changed because of the COVID-19 pandemic. Edythe had to postpone the scholarship banquet she was planning several times before ultimately canceling it; in the meantime, the first student chosen to receive the scholarship decided to pursue studies outside of the medical field.

“It was too late to try to get anybody else — they were already starting college,” Williams said. “But I wanted to help somebody, so I split it in half.”

Half of the scholarship money, $250, went to Brandon Grant, a local student heading off to play college baseball.

“They had to raise money for supplies and things like that,” Williams said. “So I donated $250 toward the school on his behalf.”

Williams donated the other half of the scholarship to Sheri Matthews, an art teacher at Chocowinity Primary School. That gift has some sentimental value; Demoreo’ attended Chocowinity Primary, and the school’s principal, Lynn Whittington, was his fifth-grade teacher.

“It’s great for us to have this opportunity to remember him this way,” Whittington said. “He was very compassionate, he had a lot of friends and he was well-liked by everyone. So I know he would be happy to see that this has impacted all of the young kids at Chocowinity Primary School.”

Williams says the next scholarship will be given to a Southside High student, as originally intended. She will work with the school to advertise the opportunity to students. Anyone wishing to donate to the scholarship fund can call Williams at may contact Williams at 252-623-8550.

“When he passed away,” Williams recalled, “he told me, ‘Mom, tell somebody else I can’t make it, I won’t be able to achieve what I want to do in the health field, but will you help somebody else?’