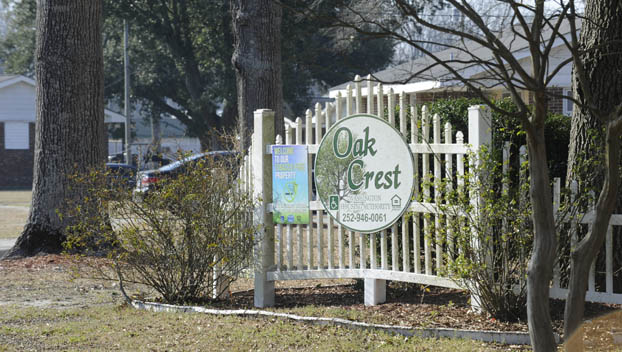 The federally funded voucher program is designed to help very low-income families, the elderly and the disabled afford safe and sanitary housing.

“We’ve issued vouchers, so we have people looking for homes,” Dunn said. “So we definitely need participating landlords.”

Section 8 vouchers are used to subsidize private housing rentals, while the public housing program covers neighborhoods consisting of homes that are developed and subsidized by the government. Updates on both were included in the WHA’s 2020 annual report.

In the report, the WHA said it had 370 Housing Choice Vouchers that could be utilized, but 225 Section 8 families were under lease.

That discrepancy exists partly because the Department of Housing and Urban Development, which funds public housing authorities, distributes Housing Choice voucher funding on a “cash management” basis, a system designed to ensure housing authorities don’t receive federal funds before they are needed.

The WHA’s annual budget authority — the amount of money the government allows the agency to spend— is currently $1,501,806, or $125,151 per month, according to the report.

“The WHA is expending 96.44% of the ABA,” the report reads. “Last year, the WHA was expending 110% of its ABA causing the agency to utilize HUD held reserves monthly. However, because of lowering the payment standard, and updating the utility allowance schedule annually, the WHA has reduced the overall per unit costs. Therefore, it was determined, the (Section 8) program could issue vouchers.”

The WHA reported that 788 applicants were on a waiting list for Housing Choice Vouchers. Of those 788 applicants, 98% were classified as “extremely low income,” meaning their income is at least 30% below the poverty level.

The annual report shows that 818 occupants — almost 10% of Washington’s population — were residing in public housing when the report was filed. Dunn said most WHA residents are classified as extremely low income. The average yearly income of the nine families WHA housed in February was $11,000.

The monthly rent payment for a WHA public housing resident amounts to 30% of the resident’s monthly income.

WHA admitted 45 families to its public housing program in 2020. Twelve of those families were homeless at the time of admission, and 41 of them (91%) were classified as extremely low income.

The waiting list for Clifton Meadows included 109 applicants, all of which were classified as extremely low income.

Dunn said six participants graduated from WHA’s Family Self-Sufficiency Program in the fiscal year 2019-20. Four of them were residents of public housing, and two of them were Housing Choice Voucher Program participants.

Families participating in the program pursue various milestones on their path to self-sufficiency. A major goal for many of those families is homeownership.

The program currently has 47 participants. WHA anticipates that three of them will graduate within the current fiscal year.