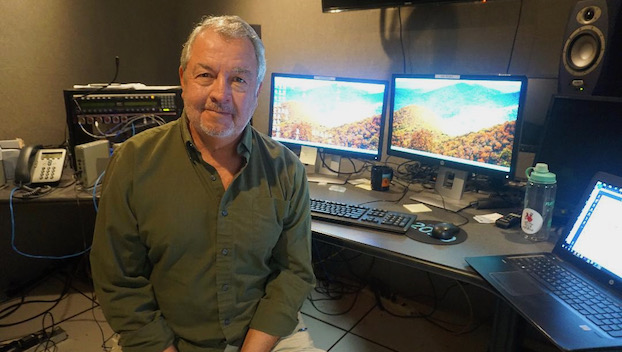 Clay Johnson awaits the premiere of his documentary on the murder of Michael Jordan’s father in 1993. “Moment of Truth” will be available on IMDb-TV, Prime Videos free streaming channel, April 2. (Contributed photo)

Have the popcorn handy and pull up a chair on April 2, because Bath resident Clay Johnson’s documentary “Moment of Truth” will be ready to watch.

“I’m very excited to see how the final product looks on the screen,” Johnson said. “It’s the biggest project I’ve worked on and it’s thrilling to know that it’s available to anybody world-wide who wants to watch it.”

Johnson has been making documentaries for WRAL-TV in Raleigh since 2004 and was a news reporter in High Point when the crime happened July 22, 1993.

The elder Jordan was on his way back home to Charlotte in the wee hours after attending a wedding in Wilmington. He decided to pull off the road an hour into his trip near the Robeson County town of Lumberton to take a nap and never made it home.

Local teenagers Larry Demery and Daniel Green were convicted of first-degree murder and are serving life sentences. Green still maintains his innocence almost 30 years later and his quest for a new trial is prominently featured.

Johnson produced, co-wrote and co-directed the series with help from WRAL videographers Jay Jennings and Cliff Bumgardner. The trio spent over a year compiling WRAL footage that has never been released or seen outside of North Carolina since the crime happened in 1996, examining crucial court documents and evidence photos and digitizing audio from the trial.

The series also includes on-camera interviews with Green and his lawyer, Christine Mumma, executive director of the North Carolina Center on Actual Innocence. Green’s post-conviction efforts have involved years of appeals and multiple motions that recently culminated with an NC Superior Court judge denying Green the chance to present his evidence of innocence.

“It was quite a process to go through all the documents and footage to put this together and it’s been quite a process to get it to air,” Johnson said. “We finished the original cut in late 2019 and I’ve worked on four projects since then. Lots of lawyers have gone over every frame of footage we used to make sure it was okay to use. I am delighted that it’s finally coming out.”

Prime Video subscribers can find “Moment of Truth” by searching for it. Non-subscribers can add the IMDb-TV free channel through their streaming device such as Roku, Firestick, Chromecast or Apple TV.