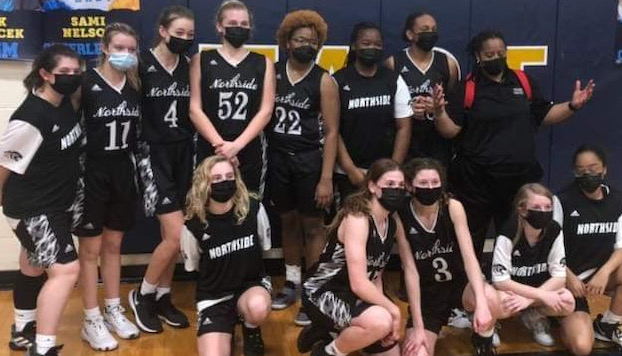 The North Carolina Basketball Coaches Association has named Northside’s Michelle Leathers and Southside sophomore Ka’nyah O’Neal as the District One girls coach and player of the year.

Leathers led the Panthers to the 1A East Regional finals, while O’Neal sparked the Seahawks to the third round of the 1A playoffs.

Leathers completed her 15th year as the Northside girls head coach and won the award for the first time.

“It’s a great honor and very special because my peers voted on it,” Leathers said. “Of course, it’s a team award, because my players had a huge part in it. They trusted the system, which helped me trust them. We overcame a lot this season, fighting through COVID-19 and all, so it’s humbling to be recognized for all the hard work everybody put in.”

“She set the tone for our program and it shows that hard work pays off,” said Southside coach Milton Ruffin. “She really took it up a notch with her rebounding and defense. She would get the rebound and dribble up the floor to start our transition offense. She learned when to pass and when to drive it all the way herself. She’s fun to coach and she had a great season.”

The NCBCA splits the state into 12 geographical districts from east to west, regardless of classification and names a five-player first, second and third team.

On the boys side, Southside senior Hundley Stallings made the second team, while junior Kendjay Coffield was a third team selection. Stallings led the Seahawks with 19 points and 8.6 rebounds per game, while Coffield was second in scoring at 15.3.