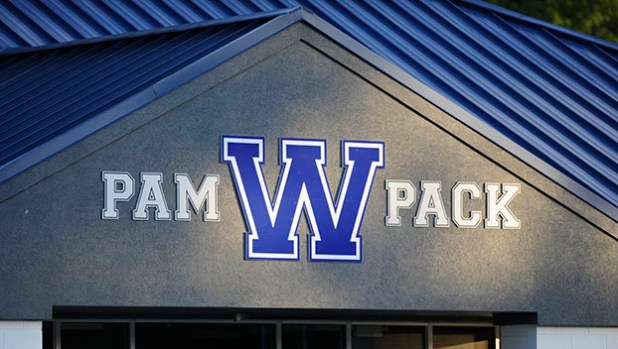 Washington High School used a dominant defense and a balanced offensive attack to roll to a 37-7 victory Friday night at Ayden-Grifton.

The Pam Pack (2-0) broke open a 10-0 game at halftime with a pair of touchdowns in the third quarter and two more in the fourth before the Chargers (1-2) got on the scoreboard at all.

“We executed our defensive game plan almost perfectly,” coach Perry Owens said. “They couldn’t block us at all, and we put on consistent pressure from our different blitzes. That late touchdown was heartbreaking because we wanted the shutout.”

After a scoreless second period, the Pam Pack blasted out of the halftime locker room with a pair of scoring drives. The first culminated with fullback Kris Hill’s seven-yard run for a 17-0 lead, then Pippen hit receiver Juan Rosario with a 30-yard scoring pass for a 24-0 advantage.

Pippen tacked on both touchdowns in the fourth quarter, the first on a 76-yard bomb to end William Reid and capped the Pam Pack scoring with a one-yard plunge with four minutes left.

“Hayes played really well and overcame some early adversity in the red zone,” Owens said. “He called the play on the long touchdown pass and ended up with a nice night.”

Pippen was the Pam Pack’s offensive player of the game, Walt Gerard took defensive honors and the Zirniak took the special teams award.