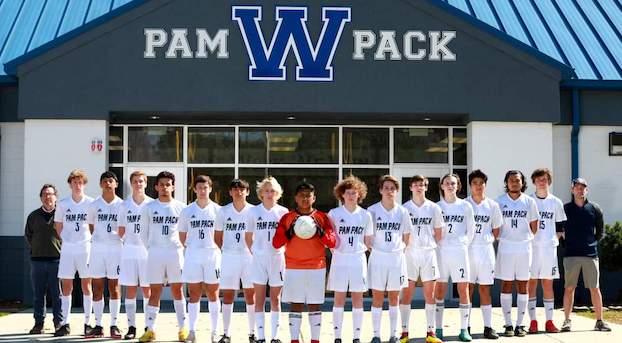 The Washington High School boys soccer team drew the fourth seed in the 2A East regional bracket and could have the first two matches at home.

The Bulldogs (7-2-1) are traveling from south of High Point in Randolph County and will take on WHS for the first time.

“We wanted to play Monday to avoid the rain that’s supposed to happen Tuesday, but Trinity wouldn’t agree,” Washington coach Jim Kozuch said. “That’s too bad, but our guys are very excited to start post-season play. We are hoping we take everything we have learned and practiced throughout the season and put it on display in the playoffs.”

North Johnston near Raleigh is the top seed in the East. The Pam Pack-Bulldog winner will play the winner of #14 Northeastern of Elizabeth City and fifth-seeded Jordan-Matthews of Siler City in the second round.