Pam Pack advances to third round 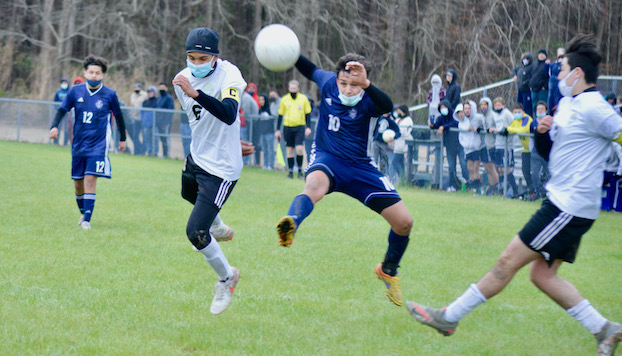 The Pam Pack boys soccer team advanced to the third round of the 2A East state soccer tournament with a 4-2 victory over Jordan-Matthews High School of Siler City on a blustery Saturday afternoon at P.S. Jones Middle School.

Senior Seth Davis put WHS (13-0) ahead for good with the first goal 10 minutes into the first half.

He followed with his second goal three minutes later from 10 yards out on the right side for a 2-0 advantage.

Junior Bryan Martinez gave the home team some breathing room with a goal midway through the second half before the Jets scored a late goal to set the final margin.

“We were shooting with the wind in the first half, which gave us a huge advantage,” said WHS coach Jim Kozuch. “The ball comes at you a lot faster and it’s harder to judge where it’s going when it’s coming at you. Our goals were all good finishes, and our defense and goalkeeping were solid once again.”

The fourth-seeded Pam Pack will host #16 Richlands HS from Onslow County, who eliminated top-seeded North Johnston, Monday at a site and time to be determined