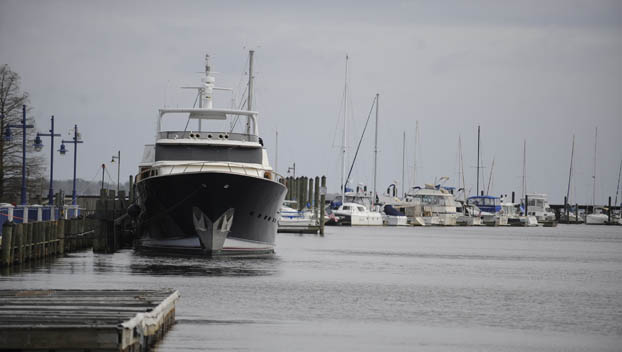 STUDY: The N.C. Department of Transportation is evaluating the feasibility of running a passenger ferry from Ocracoke to Washington and other locations on or near the Pamlico River. (Brandon Tester / Washington Daily News)

Will Beaufort County residents one day be able to ride a ferry from Washington to Ocracoke Island?

The North Carolina Department of Transportation is examining that possibility in a new study.

A seasonal passenger ferry line, the Ocracoke Express, runs between Ocracoke and Hatteras islands. That ferry carries pedestrians and their bicycles, but not vehicles, unlike the ferry lines connecting Cedar Island and Swan Quarter to Ocracoke.  DOT communications officer Tim Hass said the DOT is examining the feasibility of running a similar passenger ferry between Ocracoke and locations where there are no active ferries, such as Washington, as well as areas where vehicle ferry stations are already running, such as Cedar Island.

N.C. State University’s Institute for Transportation Research and Education is conducting the study, which will take approximately two years to complete.

Washington City Manager Jonathan Russell noted that the study is “very preliminary,” so nothing is set in stone yet.

“But I think it would be a neat concept, something to look at,” Russell said.

“We would be well-suited for a ferry site at the old Belle of Washington dock in conjunction with the Estuarium as a waiting area or staging area before getting on,” Russell explained.