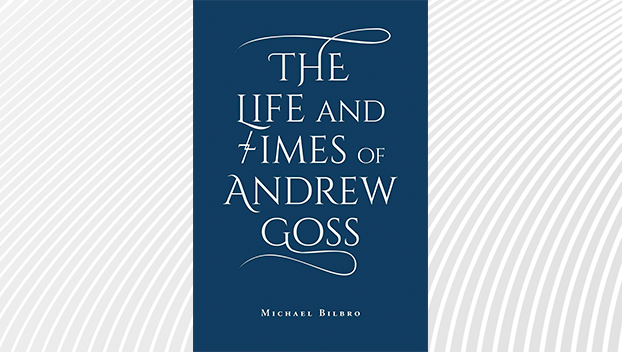 RECENT RELEASE: Michael Bilbro's new book, "The Life and Times of Andrew Goss", is available for purchase wherever books are sold. (Photo submitted by Michael Bilbro)

Beaufort County’s own Michael Bilbro recently published a novel after more than eight years of work, research and writing.

The novel, entitled The Life and Times of Andrew Goss, was published by New Jersey publishing company Newman Springs Publishing, Inc. on March 1.

“I started on the book in 2013 and just spent a copious amount of hours just researching. There’s a lot of research that went into the basis of the book,” Bilbro said. “It’s one of those things where you just write, write, write and then edit later.”

The book marks the first in a trilogy that follows main character Lee Sheppal through a turbulent time in his life and how his relationship with the enigmatic Andrew Goss impacts him.

“The story is about a middle aged man who is an administrator for a local community psychiatric unit,” Bilbro said. “He’s in a sort of depressive state and he meets an older African-American man in his late 60s, Andrew Goss. Through the book, (Lee) just reconnects to what the purpose of life is.”

Bilbro said one of the most frequently asked questions he gets about the novel is about the titular character of Andrew Goss. Bilbro’s purpose in naming the character can be found by rearranging the letters of his name, which serves as an anagram for God answers. Similarly, Lee Sheppal’s name is an anagram for please help.

“It’s not a classic religious novel at all but it does have aspects of religion and has someone who, for lack of a better word, is depressed and down and is trying to find his way back. He does it through the most strange circumstances through someone he finds that is his ‘answer’,” Bilbro said.

“It’s been an amazing process,” Bilbro said. “It’s not based on my life, but there are things that are inspired by it. You write what you know.”

Bilbro’s new book, The Life and Times of Andrew Goss, is available for purchase in paperback through Amazon, Barnes and Noble, and wherever books are sold.