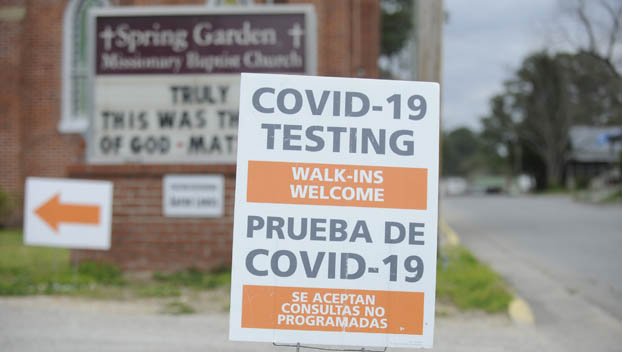 Almost 29% of Beaufort County residents had been at least partially vaccinated against COVID-19 as of Friday afternoon, one of the highest percentages in the state.

By increasing its outreach efforts and dispelling myths about the vaccines, the Beaufort County Health Department is hoping to build on that number and continue on the path toward herd immunity.

“I have to assume that about 20% of the population contracted COVID during the outbreak of it,” Health Director Jim Madson said. “And so they would have a certain level of immunity. So if I get about 50% of the population vaccinated, that puts me at a fairly comfortable level of herd immunity.

“I think the problem we’re having right now is not a lot of the younger ages are receptive to receiving a vaccine,” Madson added. “I was able to get about 75% of those older than 65 years old vaccinated because a lot of them wanted it.”

Anyone ages 18 and older can sign up for a vaccination appointment with the health department. All North Carolinians who are at least 16 years old will be eligible to receive a COVID-19 vaccine as of April 7.

“The younger folks generally didn’t have severe reactions to it; they’re just a little bit more hesitant to receive the vaccine,” Madson said. “There are a lot of myths out there.

“A lot of the younger women may feel like it makes them sterile,” Madson said. “There are some rumors that had gone around about that, even though there’s no evidence of that. … So battling those kinds of rumors and myths are what we’re trying to do.”

One year has passed since Beaufort County recorded its first cases of COVID-19. As of Thursday, the county has recorded 4,378 positive cases of COVID-19, 91 COVID-19-related deaths, 222 hospitalizations and 4,213 recoveries.

The average age of county residents who have died of COVID-related reasons is 78. Of the 91 deaths, 43 were reported by long-term care facilities.

“90% of our deaths have been those 65 and older, and a lot of that occurred in July, because the long-term care facilities got impacted,” Madson said. “That was a very rough patch of time to watch the number of deaths that were coming in, in such a short amount of time.

“The fact that that was the first time we had a surge of deaths in our county, it was disheartening to see.”

The most significant spike in the county’s COVID-19 metrics happened during and after the 2020-21 holiday season. The county’s daily case counts broke 100 twice during that period.

Since then, the daily case counts have fallen into the single digits. Of the 438 Beaufort County residents who received COVID-19 tests during the week ending March 19, 5.3% of them tested positive. That positivity rate rose above 20% during the post-holiday surge.

“We really peaked in the first week of January,” Madson said. “I was expecting us to peak somewhere in the July, August, September time frame. So it did drag out a little longer than I expected in terms of peaking. But I knew it was going to be a long operation.

“Having experience with H1N1, and having dealt with the Epi team in the county planning out for a pandemic flu — which turned out to be very similar to COVID-19 — we knew it was going to be a year to a year and a half long, maybe even longer depending on when the vaccine was made available.”