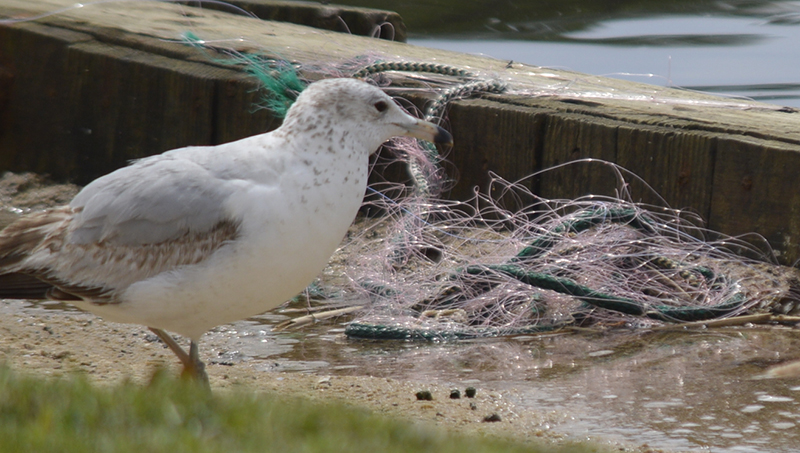 WILDLIFE HAZARD: In addition to being unsightly, litter such as this monofilament fishing line, pictured at Havens Gardens, can pose a threat to the wild creatures of Beaufort County. (Matt Debnam/Daily News)

A litter prevention task force was recently established in Washington that will focus on addressing the increased amount of litter and work toward the prevention of more trash ending up on our roads and in our waterways.

City councilwoman Betsy Kane proposed the creation of the task force to the city council at the meeting on March 8 and received unanimous approval. The task force will be a temporary one, with 90 days to look into the policies and ordinances already in place in the city and how these can be altered to prevent litter in the city. The proposed members of the task force are four citizens, a council liaison, and the heads from the city departments.

“I am hoping that by tackling the prevention side of things, we can stop some of the problem even before it occurs. There are several steps we could take to prevent litter, such as strengthening our anti-littering ordinance, and perhaps other actions and policies that would help,” Kane said. “As soon as the task force is convened, we can start to gather data and identify recommended actions.”

The increase of litter has been a prevalent problem for months now. Officials with the Department of Transportation have reported an increase in the number of complaints regarding litter along major roadways in the county like U.S. Highway 264.

“This is intended to tackle the severe litter problem in Washington from both ends. There are already dedicated volunteers who go and do special cleanups. But that is an endless task,” Kane said.

In addition to the increased litter along the roadsides, Sound Rivers has also noted an increase in the amount of litter ending up in the Pamlico River. This increase in litter, specifically plastic products, has been proven harmful to the ecosystem and produces more microplastics within the water and sediment, which has unknown effects on humans and marine wildlife.

“I was motivated to do this by the outcry from Washington residents,” Kane said. “I was walking on the boardwalk and I came across thousands and thousands of plastic rose petals that had been scattered on the boardwalk as part of someone’s waterfront photo shoot or special event. All of these plastic pieces were impossible to clean up and I am sure that they went into the Pamlico River.”

Going forward, Kane hopes that the steps the task force takes will prevent more litter from accumulating in Washington and the surrounding area.