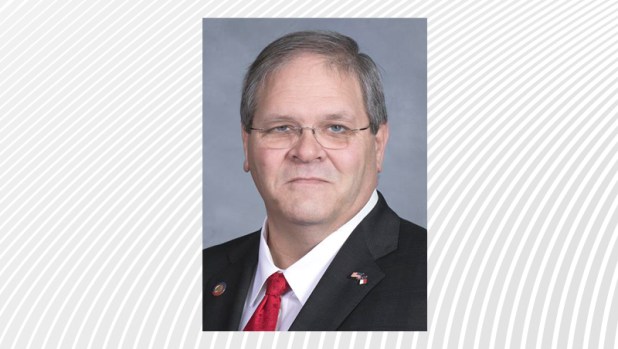 Rep. Keith Kidwell says there is incorrect information circulating in Beaufort County regarding his stance on recent developments concerning the Sheriff’s Office.

At next Monday’s Beaufort County Commissioners meeting, he plans to dismiss those rumors.

“I know that both sides on this issue have used my name, saying that Rep. Kidwell said this or that, so I just want to go down there and make people aware of what Rep. Kidwell actually has said,” the second term legislator said Monday.

A committee consisting of county commissioners Hood Richardson, Stan Deatherage and Randy Walker is researching the feasibility of establishing a county police force. Gaston County is the only North Carolina county that has its own police force.

In that case, the police department is the county’s primary law enforcement body. The Sheriff’s Office still exists in Gaston County, and its list of duties includes courthouse security, detention center management, serving court documents and administering gun permits, among other things.

Gaston County’s police force was established through local legislation. Beaufort County would need to take a similar route if, after a review of the committee’s findings, the commissioners decide to move forward with the idea.

That’s where Kidwell and Sen. Ernestine Bazemore would come in.

The most recent public mention of Kidwell’s name came in a statement from Sheriff Ernie Coleman. In that statement, Coleman claimed that Kidwell, recounting a previous conversation with Richardson, told him “that under no circumstance would he sponsor such a ridiculous bill.”

“I will be very plain that evening on what my position is on the situation with the Beaufort County sheriff.”

The committee has held two meetings.  After laying its foundation in terms of scope and planning in the first meeting, the committee heard comments from several members of the public and received input from some county department heads at last Thursday’s committee meeting.

The most recent meeting was well attended by the public, and several individuals came forward to speak against the idea of a county police force. Some of the speakers claimed that defunding the sheriff’s department was at the heart of the committee’s existence.

Shay Brickhouse suggested that the county “appropriate funds to better the Sheriff’s Office,” rather than spending money on a county police force.

“This is a terribly important issue we’re dealing with, defunding the police — you say it’s not, but it is,” Kevin Clancy said. “You’re trying to take power away from the Sheriff’s Department.”

Responding to claims that the county isn’t supporting the sheriff, or is looking for ways to defund the Sheriff’s Office, Deatherage said, “Nothing could be further from the truth.”

“We support the sheriff for what he does when he is right,” Deatherage said. “And we defend him when he’s not, when there’s a lawsuit.

“… As far as defunding goes, last (fiscal) year, we spent a record amount of money on the Sheriff’s Department, the jail and all other facilities under his care. So this defunding talk doesn’t really ring true with me in any way, shape or form.”

Richardson, the chairman of the committee, criticized Coleman and spoke about potential benefits of a county police force.

“This sheriff has not done you justice,” Richardson said. “He is not providing the service to the county that he should be providing. He is autocratic and dictatorial. He has mistaken his standing in the constitution  — which every elected official has a standing in the constitution of the state of North Carolina, so the sheriff is nothing special. He’s just like the rest of us; he’s elected.”

Richardson told those in attendance that they would be “astounded” if they saw the differences in service Gaston County gets from its police department compared to the service Beaufort County gets from the Sheriff’s Office. He referenced a monthly report that the Gaston County Police Department chief is required to produce, which includes a variety of statistics regarding police activity. Richardson said the commissioners never have received such a report from Coleman’s office.

Deatherage said he’d like for the committee to have a chance to speak with the sheriff in a public meeting.

“Right now we have no redress with the sheriff or his first in command,” Deatherage said. “It’d be nice to have a little more redress since we do act on behalf of the folks that elected us.”

The next Beaufort County Police Force Committee meeting will be held on April 29 at 136 Second St. in Washington. The next meeting of the county commissioners is scheduled for 5:30 p.m. Monday, April 5, at the same location.