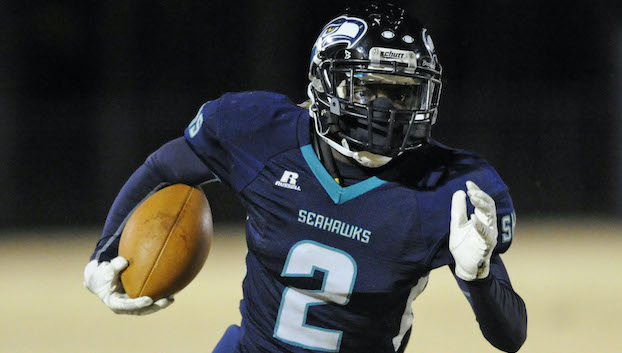 Washington is in position for another conference title after a 38-26 victory at Greene Central, while Southside played its way into the post-season conversation after a 52-42 win at Riverside. Northside fell, 50-48 in an overtime shootout at Pamlico County. There were many top performances this week.

Northside running back Mitch Godley had a team-high 125 yards rushing and two touchdowns, while James Gorham had 116 on 11 carries and scored three times in the overtime loss at Pamlico County. Senior Tyler Modlin caught a pair of touchdown passes. Sam Vansant led the Panthers with 10 tackles and recovered a fumble.

Senior Hayden Anderson caught two touchdown passes from Pam Pack quarterback Hayes Pippen, recovered a fumble and ran it in from 30 yards out, had 11 tackles and broke up two passes in the win at Greene Central. Pippen was 6-8 for 143 yards, while juniors Shavar Clark and Josh White led the Pack with 12 tackles each