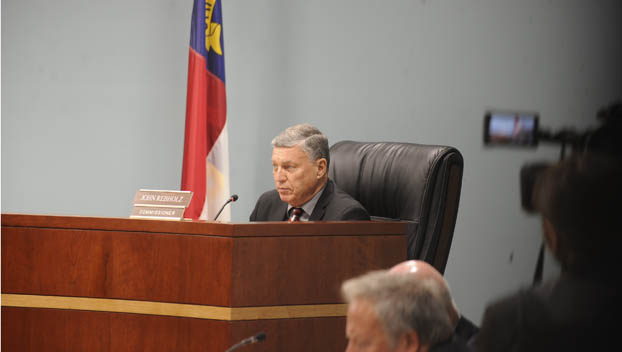 The Beaufort County Board of Commissioners on Monday backed N.C. House Joint Resolution 172, which calls for a convention of the states under Article V of the U.S. Constitution for the purpose of proposing a constitutional amendment that would impose term limits on members of Congress.

The House passed HJR 172 with a 61-53 vote on March 17.  District 79 Rep. Keith Kidwell, who represents Beaufort County, voted against the resolution. The resolution has been referred to the Committee on Rules and Operations of the Senate.

The Beaufort County Commissioners voted 5-2 in favor of Commissioner John Rebholz’s resolution to “raise the collective voice” of the Board in support of HJR 172. Rebholz, Hood Richardson, Stan Deatherage, Frankie Waters and Randy Walker voted for the resolution. Ed Booth and Jerry Langley voted against it.

“I’m supporting this, but I also need to give you the other side of the story,” Richardson told the rest of the commissioners. “There are a lot of people that go completely wild over a constitutional convention, because if you look at Washington D.C. and most of our elected officials, we’ve got a bunch of radicals — they’re afraid if you have a constitutional convention, it’ll go wild and they’ll gut the Constitution and you’ll come up with something that doesn’t even look like what we have now.

A copy of the commissioners’ resolution will be sent to N.C. House Speaker Tim Moore and Phil Berger, president pro tempore of the N.C. Senate.

The county commissioners also approved Rebholz’s recognizing and applauding the county’s frontline workers — including health department workers, first responders and volunteers — for their work during the COVID-19 pandemic.