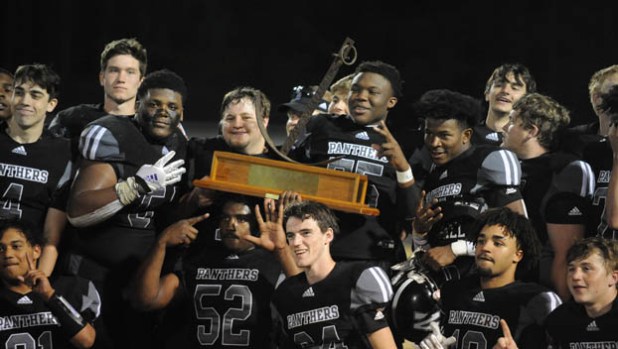 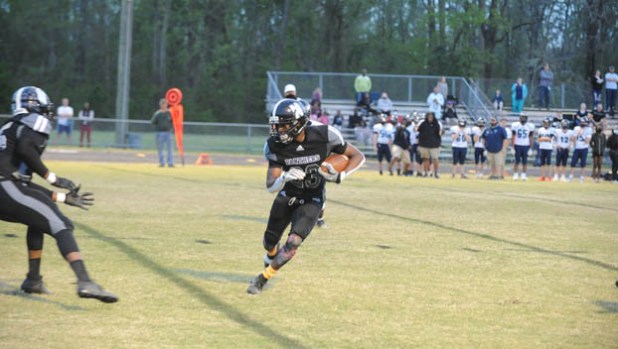 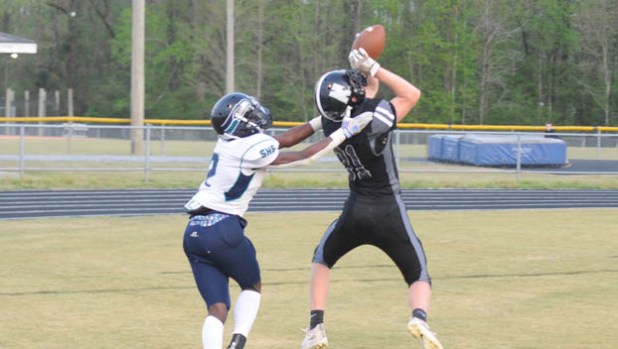 Northside running back James Gorham celebrated his senior night with 218 yards rushing and four touchdowns on just eight carries, and the Panthers took home the Anchor Bowl trophy for the second straight year with a 44-14 win over Southside (3-4, 2-3) in the regular-season finale on Thursday night.

The Panthers (5-2, 3-2) took control on the first play of the game, as senior linebacker Tyler Harris recovered an errant Southside snap and returned it a short distance for a touchdown. On Southside’s ensuing possession, Northside’s Noah Manning grabbed an interception in the end zone. Constant penalties impeded the flow of the game at times, but the Panthers remained in the driver’s seat from that point on.

“(The first touchdown) gave us momentum that we were able to keep the whole game,” Northside coach Keith Boyd said. “Southside came out and played hard, they were fired up. Coach (Jeff) Carrow always has them coached up.

“We’re just glad after last week’s heartbreaking loss at Pamlico we could get back on track.”

Boyd said that after that overtime loss at Pamlico County, the Panthers focused on cleaning up their fundamentals in terms of tackling, blocking and other areas where they fell short. He said their execution was much cleaner against Southside.

“We had a lot of adversity, but we overcame it,” Gorham said. “We didn’t let last week’s game bother us. We came through.”

Gorham and Godley credited the work of their blockers up front.

“James was a big factor,” Godley said. “We’d fake the ball to (another) running back and then give it to James, and he’d take it down the sideline. All our backs did pretty good. We blocked well, that was the main part.”

Gorham did some damage running down the sideline, particularly on an 82-yard touchdown run that gave the Panthers a 37-6 lead in the middle of the third quarter. That was Gorham’s third touchdown; his third score was a 42-yard carry on Northside’s previous possession.

Southside senior quarterback Hundley Stallings responded with his second touchdown pass of the night, finding Aeron Wright in the end zone before carrying the ball on a successful 2-point conversion attempt.

Godley scored the game’s final points on a 35-yard run in the opening minute of the fourth quarter. Southside lost a fumble on its ensuing drive, allowing Northside to drain the rest of the clock.

“We were anticipating a fight and we got one,” Godley said. “It feels awesome getting a win.”

Harris’ fumble recovery turned out to be the only score in the first quarter. Gorham gave the Panthers a 14-0 advantage with a 5-yard touchdown run early in the second period. Following a turnover on downs by Southside, Gorham scored again on a 16-yard run, extending the lead to 20-0 following a missed extra-point attempt.

With just under five minutes left until halftime, Stallings connected with Kenjray Coffield on an 11-yard touchdown pass, followed by a failed 2-point attempt.

Northside’s Chase Tomaini made a 26-yard field as the first half expired to give the Panthers a 23-6 lead.

With the Anchor Bowl trophy secured, Northside now turns its attention to the playoffs.

“I told them to come back focused and ready to go,” Boyd said. “Now you throw out all the records, and it doesn’t matter who’s what. It just matters who gets it done that next Friday night.”