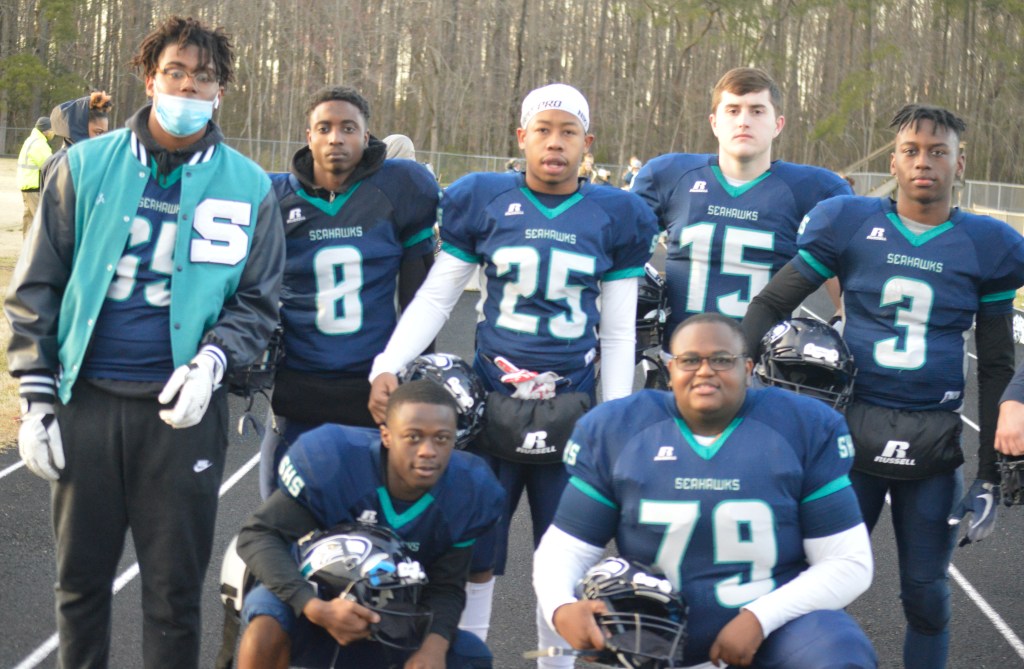 The Southside Seahawks ended one of the longest, shortest and strangest seasons in school history with a 44-14 loss at Northside Thursday.

The Seahawks (3-4, 2-3) battled through the COVID-19 related uncertainty, dealt with a delayed start to an already shortened season and pulled out three victories.

“This season was short on games (six) and long on practice (since July) coach Jeff Carrow said. “I’m glad for the senior that we had a season, so they could end their careers on the field, actually playing. We didn’t know what we were in for when we started back in the summer, but we made it through and improved on both sides of the ball.”

Davion Carter, Jaqwan Cobb, Tyshawn Ebron, Isaiah Grimes, Andre Moore, Hundley Stallings and Aeron Wright make up the senior class. Carter will continue his career at Wingate University in the fall, while Stallings will get an opportunity at Missouri Valley (Mo.) College.

All of our seniors improved over last year and helped us win,” Carrow said. “They were fun to coach, and I will miss them. They showed the younger guys how to handle all the uncertainty of this season and turn it into a positive.”

Carrow will need a quarterback to replace Stallings and shore up other parts of the team, while Kenjray Coffield, who gained over 200 yards against Riverside returns on both sides of the ball.

“We’ll get back to it in June after the track season is over and get going with our summer workout schedule,” Carrow said. “We’ll be in a new conference in the fall and hopefully have more players because everybody will be back to school in person. I will look forward to a new season soon, but I have a vacation planned in the meantime.”