Top Three: Running to the playoffs 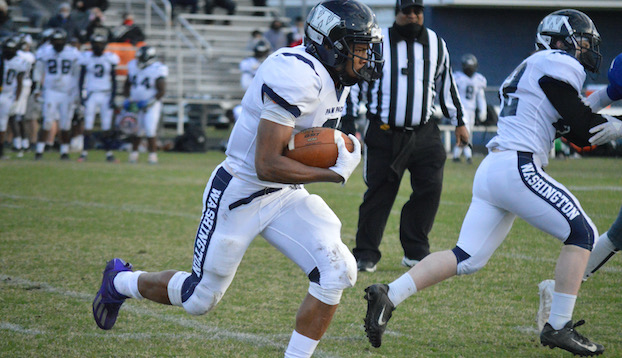 Washington needed overtime to complete a wild, come-from-three touchdowns-behind, 50-49, victory over Kinston, while Northside kept the Anchor Bowl for the second straight year after a 44-14 home victory over Southside. The Pam Pack and Panthers begin the state playoffs Friday, while the Seahawks season is over. There were multiple big performances at key times last week.

Honor Roll: Washington and Northside’s offensive line. The Pack ran for 441 yards and gained 481 total on a Kinston defense that had not allowed a point in their first five games. The Panthers had 453 rushing and didn’t attempt a pass against Southside.

Washington running back Jaden Hambric gained 126 yards and broke a 60-yard scoring run. Quarterback Hayes Pippin threw two touchdown passes and ran for two more. The second brought the Pack to within one point with 14 seconds left. Ridge Zerniak was 4-4 on extra points, including the one that forced overtime.