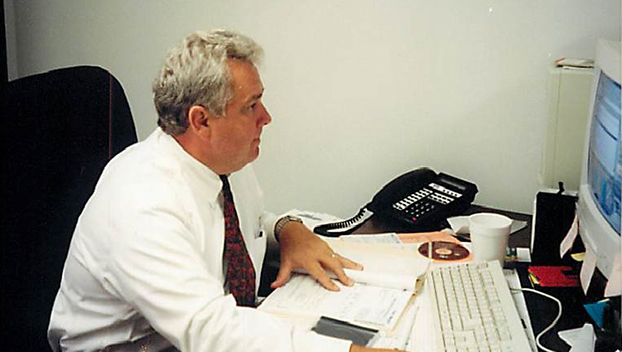 A memorial service will be held 4:00 PM Saturday, April 17, 2021 from the Chapel of Paul Funeral Home & Crematory in Washington, conducted by Pastor Jay Martin and Bishop Samuel Jones, Jr. The service will be available on Facebook live streaming as well.

Mr. Robinson was born in Spruce Pine, N.C. on May 31, 1953.  He was the son of the late Euranious William Robinson and Catherine Marie Huskins Robinson. Mr. Robinson served in the U.S. Marines from 1971 to 1975.  He had lived in Washington for the past 25 years. Mr. Robinson was a former partner in the Seiler, Zachman Robinson C.P.A. firm, before he opened his own firm 18 years ago.

Mr. Robinson was very active in the community. Before moving to Washington, he was active in the local Kiwanis Club. In Washington, he served as Assistant Den Leader in the Boy Scouts. Mr. Robinson was a member of the American Legion and the Church of the Good Shepherd.  Mr. Robinson served as treasurer for the Washington Girls Softball League and the Cal Ripken Baseball League. He was a member of the Down East Rods and Classics and the Eastern N.C. Thunderbird and Classic Ford Car Club.

In his spare time, Mr. Robinson enjoyed fishing, knot tying, leatherwork, and grilling with family.  He loved his family, his community, and his country. Tom’s dry wit, generous nature and humorous storytelling will be dearly missed.

On June 3, 1979, he married the former Kathryn Marie Madigan, who survives.

In addition to his parents, Mr. Robinson was preceded in death by his brother, Larry Michael Robinson.

In lieu of flowers, memorials may be made to the Purpose of God Annex Outreach Center, 1015 East Sixth Street, Washington, N.C. 27889.

Paul Funeral Home & Crematory in Washington is honored to serve the Robinson family.