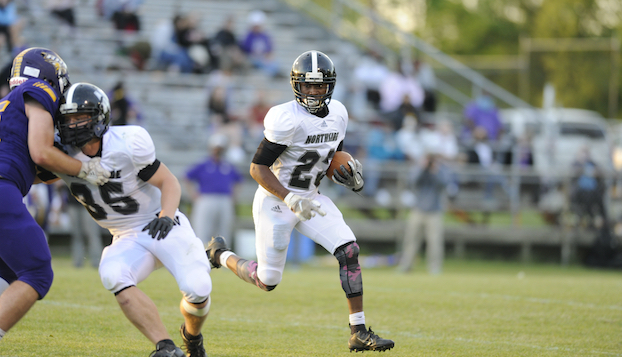 Washington routed South Granville, 35-0, at home in the first round of the 2AA state playoffs, while Northside hung on for a 35-34 win at Rosewood in the 1A first round. There were plenty of outstanding individual performances to help keep the season alive.

Honorable Mention-Northside senior Tyler Modlin ran 10 times for 103 yards and a touchdown, with a long run of 45 yards. Senior lineman Fred Taylor led the Panthers with 10 solo tackles. Junior Terry Moore led the Washington ground attack with 151 yards and a touchdown on 10 carries. Senior Walt Gerard had seven solo tackles and assisted on eight others with six tackles for loss. The Pam Pack defense allowed South Granville only four first downs, 103 total yards and zero points after the Vikings came in averaging 34 points a game.