Town looks to the future 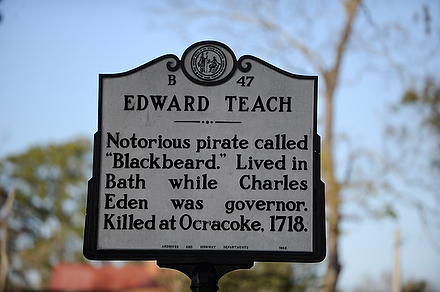 Those who attend Bath Towne After Dark will be able to learn about Blackbeard and other famous people from throughout Bath's history. (Washington Daily News file photo)

The town of Bath is slowly returning to a state of somewhat normalcy according to town manager Bubs Carson.

In addition to working on the next fiscal year’s budget, the town has seen growth in its commerce in the form of a new restaurant, Blackbeard’s Tavern. Officially opened in March, this new restaurant serves a variety of food available for dine in or take out.

Another positive that Carson noted during the advisory board meeting comes in the form of repair work currently being done to several docks along Bath Creek. These docks were damaged by the last few hurricanes that swept through Beaufort County and contractors are on site and working toward having these docks operational and ready for use again in the coming months.