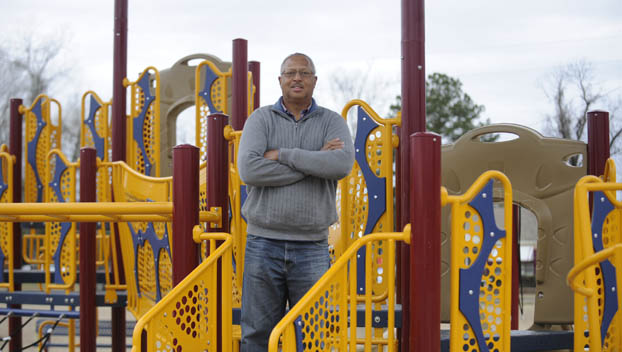 A ribbon cutting ceremony for the new P.S. Jones Memorial Park will be held from 11 a.m. to 1 p.m. Saturday.

The park is located at the corner of West 11th and North Bridge streets, on the same property that previously housed the Ed Tech Center, P.S. Jones Middle School, and, before local schools were integrated, P.S. Jones High School — which was originally Washington Colored Public School.

The six-acre park includes a playground, a picnic shelter, a concrete walking rail and a restroom facility. ReLeaf Washington has planted several trees around the park, which is owned by Beaufort County Schools and maintained by the City of Washington.

P.S. Jones served as principal of what was then the Washington Colored Public School from 1927 to 1949. He died a year after his retirement. The school was renamed P.S. Jones High School in his honor.

Hot dogs, drinks and snacks will be served at the ribbon cutting ceremony. The ribbon will be cut at approximately 11:15 a.m.