Panthers hit the road for 1A East final 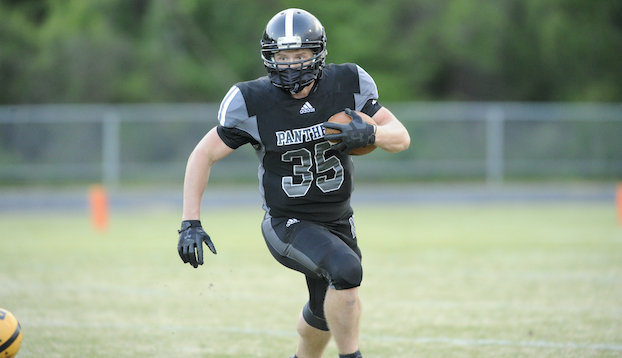 The Northside Panthers will try to claim the East regional title and the trip to the 1A state championship game that comes with it Friday night in Gaston against Northampton County.

Northside (7-2) advanced with a 43-32 victory over conference rival Pamlico County, while the Jaguars evened their record at 3-3 with a 42-22 home victory over Bear Grass.

Northampton was just 1-3 during a COVID-19 shortened regular season, but has made the most of the post-season with a 36-0 pasting of North Duplin in the first round and the 20 point victory over the Bears.

They lost three of the four regular season games, including 28-22 at Southside and 26-20 vs. Pamlico County.

The Panthers (7-2) beat the Seahawks twice and split with the Hurricanes.

“They are playing for the chance to go to the state championship game, so they must be pretty good,” Northside coach Keith Boyd said. “We are not worried about their record, just stopping them. They like to run the ball and pack the defensive front with seven players close to the line so we can’t run.”

Senior James Gorham leads the Panthers with 1,225 rushing yards and 20 touchdowns, but Pamlico County held him to 18 yards Friday. Junior Mitch Godley picked up the slack with 121 rushing yards and quarterback Keifer Boyd had his most prolific passing game with 198 yards and three touchdowns, including a 78-yard scoring strike to Tyler Modlin.

“We have proven we can throw the ball, which give Northampton more to prepare for,” Boyd said. “Our kids have worked hard to get where we are and have shown steady improvement. I hope we haven’t peaked yet.”

The winner will play the Murphy-Robbinsville winner for the 1A state championship Saturday May 8 at noon in either Carter-Finley Stadium in Raleigh or Kenan Stadium in Chapel Hill. The state association will release specific site assignments after Friday’s games.

Northside lost to Southside in the East final in 2004 and made the school’s only championship game appearance in 2000 in Chapel Hill, but lost to Graham, 31-6. Boyd was on the sideline as an assistant coach both times.

“I have plenty of good memories from those games even though we lost,” he said. “I want this group, especially the seniors, to get the opportunity to make some of their own.”