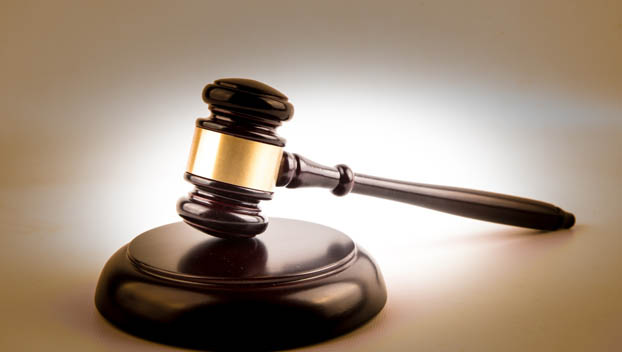 ELIZABETH CITY (AP) — A judge on Wednesday denied requests to release body camera video in the case of a Black man who was shot to death by North Carolina deputies as they tried to arrest him on drug-related warrants.

Judge Jeffery Foster said he believed the videos contained information that could harm the ongoing investigation or threaten the safety of people seen in the footage. He said the video must remain out of public view for at least 30 days.

“The release at this time would create a serious threat to the fair, impartial and orderly administration of justice,” Foster said.
However, he said, videos from multiple body cameras and one dashboard camera must be shown to Brown’s family within 10 days. He said some portions of the video may be blurred or redacted, including conversations between officers. The family previously saw only a 20-second portion of one body camera video.

The decision came shortly after a North Carolina prosecutor said that Andrew Brown Jr. had hit law enforcement officers with his car before they opened fire.

District Attorney Andrew Womble told the judge that he viewed the body camera video and disagreed with a characterization by attorneys for Brown’s family that his car was stationary when the shooting started. Womble said the video shows that Brown’s car made contact with law enforcement twice before shots could be heard on the video.

Calling the family attorney’s description “patently false,” Womble said the video shows that Brown’s car made contact with law enforcement twice before shots could be heard on the video.

Womble said that officers shouted commands and tried to open the car before any shots were fired.

The Pasquotank County sheriff, Tommy Wooten II, has previously indicated that none of the deputies were injured. At a news conference hours after the shooting, he said, “They’re fine,” when asked about the deputies.

Womble argued that body camera video from the shooting, a portion of which was shown to the family on Monday, should be kept from the public for another month so that state investigators can make progress on their probe of the shooting.

The hearing comes amid pressure on authorities to release the video and calls for a special prosecutor to take the state’s case over from Womble. The judge said he planned to issue a decision Wednesday after a short recess.

On Tuesday, Brown’s family released an independent autopsy showing he was shot five times, including in the back of the head.

The FBI’s Charlotte field office, which opened the civil rights investigation into Brown’s death, said in a statement Tuesday that its agents planned to work closely with the Department of Justice “to determine whether federal laws were violated.”

The independent autopsy was performed Sunday by a pathologist hired by Brown’s family. The exam noted four wounds to the right arm and one to the head. The state’s autopsy has not been released yet.

The family’s lawyers also released a copy of the death certificate, which lists the cause of death as a “penetrating gunshot wound of the head.” The certificate, signed by a paramedic services instructor who serves as a local medical examiner, describes the death as a homicide.

Brown was shot last Wednesday by deputies serving drug-related search and arrest warrants at his house in the North Carolina town of Elizabeth City, about 160 miles northeast of Raleigh.

The autopsy results come a day after Brown’s relatives were shown the 20-second clip of footage.

One of the Brown family lawyers, Chantel Cherry-Lassiter, who viewed the video, said Monday that shots were heard from the instant the clip started with Brown’s car in his driveway and his hands on the steering wheel. She said the video showed Brown trying to drive away but posing no threat to officers after they ran up to his car and began shooting.

“He finally decides to try to get away and he backs out, not toward officers at all,” she told reporters Monday.

The State Bureau of Investigation began a probe of the shooting shortly after it happened. It initially said that it would turn its findings over to the local district attorney, as is standard under state laws and procedures.

But the governor, a Democrat, urged the appointment of a special prosecutor to handle the state’s case.

“This would help assure the community and Mr. Brown’s family that a decision on pursuing criminal charges is conducted without bias,” Cooper said in a statement.

State Attorney General Josh Stein said state law puts control of criminal prosecutions in the hands of the local district attorney, so his office cannot intervene unless asked. He said he has offered assistance to the local prosecutor, but has only received an acknowledgment.

Womble, who oversees Pasquotank County, issued a statement Tuesday noting that state law gives him the power to decide on prosecuting crimes in his district and he stands “ready willing and able to fulfill my statutory obligations.”