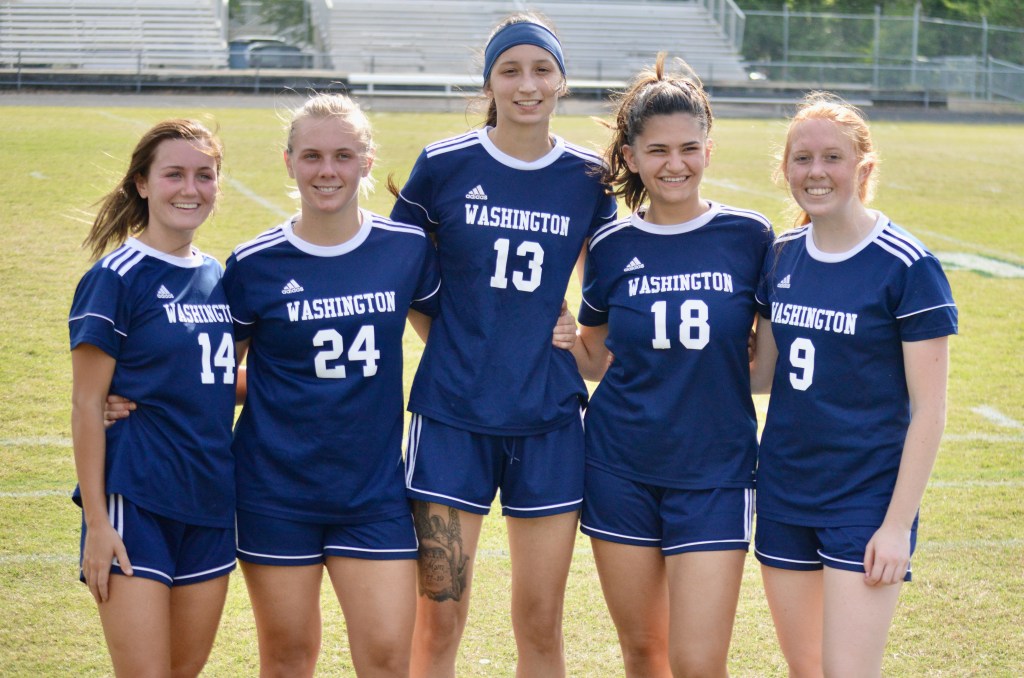 The Pack easily notched its 62nd consecutive conference victory as senior Rebecca Zerniak found the back of the net from the right side on the games’ first shot.

Classmate Lilly Francis Lobos drilled a 10-yarder also from the right side a couple of minutes later, then Zerniak connected again from in front of the goal for a 3-0 lead barely five minutes into the contest.

“Most of these seniors have been around me for four years now, so they know what they need to do,” coach Ed Rodriguez said. “They’ve committed to the team and to their academics, so we’ve had a successful season. Today was another example of that.”

The Pack, 9-1, 8-0 await the 2A state tournament seedings over the weekend.

“We should be at home for at least the first round, but we’ll see how it goes,” Rodriguez said. “We’re in a good place as a team and are excited about the playoffs.”

Diamond Notes-The Pam Pack softball team finished the regular season as Eastern Carolina 2A co-champions after splitting the season series with South Lenoir. Washington finished the year with a 14-0 victory over Greene Central Thursday for an 11-1 league record and 11-3 overall.

The 2A softball playoffs start Monday.

Northside’s softball team ran the table in the 1A Coastal Plains conference after a 15-5 home victory over Tarboro Thursday. The Panthers finished 12-0 in league play and 13-1 overall. The 1A playoffs also start Monday.

Meanwhile the Pungo Christian Lady Raiders won the Tar Heel Independent Conference tournament title, 11-0, over The Albemarle School. Sophomore Reagan Stoop was named the tournament’s Most Valuable Player and the conference Player of the Year. Stoop batted .558 with six home runs and 22 RBI along with a 1.61 ERA and 83 strikeouts in 61 innings on the mound.

The NCISAA 1A state playoffs also start next week.