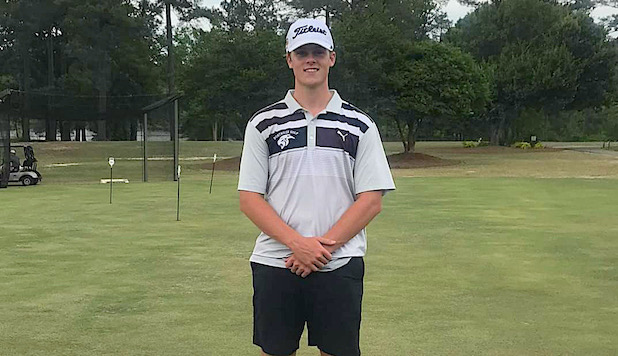 No pressure or anything. Make it and move on to the state tournament, miss it and the season is over.

Alligood drained the three-footer for a 90 to claim the fourth and final individual spot in next week’s 1A tournament at Foxfire Resort in Pinehurst.

“He was a lot calmer than I was,” coach Jared Adams said. “He had to battle to even force the playoff, then needed to get up and down in two to qualify. He did a great job under a lot of pressure and I’m really proud of him.”

Alligood usually plays baseball in the spring, but since COVID-19 altered the schedule, he could compete on the school team for the first time and still play baseball.

“He’s been our best golfer all year and this is a great reward for him,” Adams said. “He had wait out a 40 minute lightening delay, then make a six-footer to stay alive on the first extra hole as well. He kept his poise and it paid off.”

Teammate Eli Huynh finished tied for ninth with a 91, while Southside’s Gabe Matthews tied for 12th at 94.

Washington finished fourth as a team as their season ended in the 2A East regional at the Wedgewood Public Golf Course in Wilson.

Sophomore Rob Bergervin finished 12th with an 81 and was named the Eastern Carolina 2A Conference Golfer of the Year.