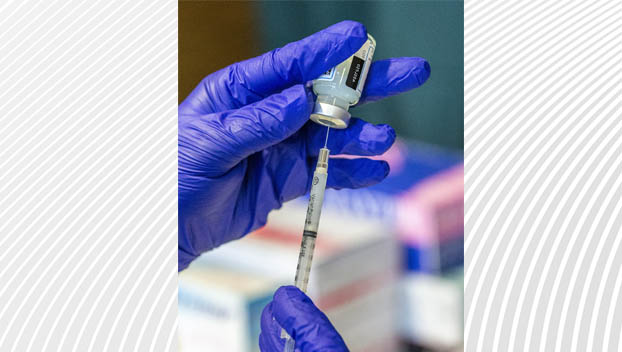 RALEIGH (AP) — North Carolina lawmakers on Wednesday advanced a proposal to prevent state and local governments from firing or retaliating against employees who decide not to get a COVID-19 vaccine.

Rep. Jake Johnson, a Polk County Republican, hopes state lawmakers will embrace his plan, given that it is narrower in scope than some other proposals that would apply to schools, hospitals and businesses.

“I know there’s a couple bills out there that kind of overlap with this and probably do the same thing, but this only refers to state and local employees,” Johnson told members of the House State Government Committee.

House Bill 686 now needs support from two more committees in order to advance for a House floor vote, where it must be approved by May 13 in order to be considered during the 2021-2022 legislative session.

State health officials worry the proposal would conflict with federal rules and could create staffing shortfalls if outbreaks occur at state-operated health facilities.

“It appears that we could not treat anybody differently because they have or have not gotten vaccinated. That would mean we’d have to treat every employee in one of our state health facilities as if they are unvaccinated,” said Matt Gross, assistant secretary for government affairs at North Carolina’s Department of Health and Human Services.

Rep. Sarah Stevens, R-Surry, worries that local and state governments seeking to require workers get a vaccine aren’t factoring in the immunity their employees could have acquired if they previously tested positive for COVID-19.

Actually, the Centers for Disease Control and Prevention has an answer for that: They say people should get vaccinated regardless of whether they’ve recovered from COVID-19, because experts don’t know how long natural immunity lasts.

State health department data shows a sizable drop in recent weeks in the number of people going in for their first COVID-19 shot. Officials are encouraging all eligible residents 16 years or older to get the vaccine if they are able to do so.

Wednesday’s debate over whether to mandate vaccinations for state and local government employees comes one day after vaccine opponents urged came to the Capitol to urge lawmakers to consider House Bill 558, which would prohibit schools or child care facilities from requiring proof of a student’s COVID-19 vaccination, or any other vaccinations. Existing state law requires that children be vaccinated against polio and 10 other diseases before entering kindergarten.

“All citizens have a right to expect that their personal privacy rights, particularly in the area of personal health, will be protected by this State,” the bill says.

Over $53,000 was raised Friday during the annual Beaufort County Relay for Life event.  “As of event night we had... read more