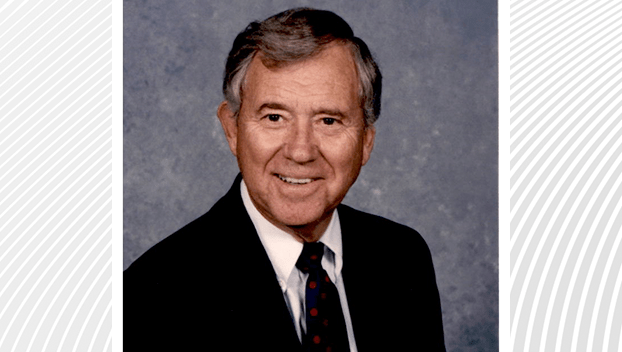 A funeral mass will be held 1:00 PM Thursday, May 13, 2021 at Mother of Mercy Catholic Church in Washington conducted by Father Michael Schuetz. Burial will follow in Oakdale Cemetery.

Mr. Pyburn was born in Monterrey, Nuevo Leon, Mexico on June 16, 1926.  He was the son of the late Paul F. Pyburn and Madelon Veronica Dyer Pyburn. Mr. Pyburn graduated from Cathedral High School in El Paso, TX in 1943. He joined the Navy in May of 1944, where he attended radar school and after served aboard an aircraft carrier in the Pacific for 18 months.  Mr. Pyburn graduated from New Mexico A&M with a degree in electrical engineering. His work took him to three different countries: Mexico, Canada, and Panama where he was a member of the Navy Club. He retired from TGS (now Nutrien) in Aurora, N.C. where he was Personnel and Public Relations manager for 20 years. Upon retirement, he worked part time at the Beaufort County Community College for 21 years.

While living in New Mexico, Mr. Pyburn was elected “Citizen of the Year” in Carlsbad.  He served as Boy Scout leader in El Paso, TX and later in Carlsbad.

As an avid tennis player, Mr. Pyburn played three times a week at the Washington Racquet Club where he especially loved getting together with his “retirement tennis buddies” every Thursday for dinner and much conversation.  He played until the day he turned 90.  Mr. Pyburn and his wife loved to travel and were fortunate to be able to see many parts of the United States as well as many foreign countries.

Mr. Pyburn was a loving and devoted husband, father, grandfather, great grandfather, and friend to all.  He was rarely seen without a big smile and he will always be remembered for favorite sayings: “I love this mess” and “Lord knows”.

In addition to his parents, Mr. Pyburn was preceded in death by two sisters, Muriel, and Margaret; brother, Paul and sister-in-law, Susan Pyburn.

Paul Funeral Home & Crematory in Washington is honored to serve the Pyburn family.