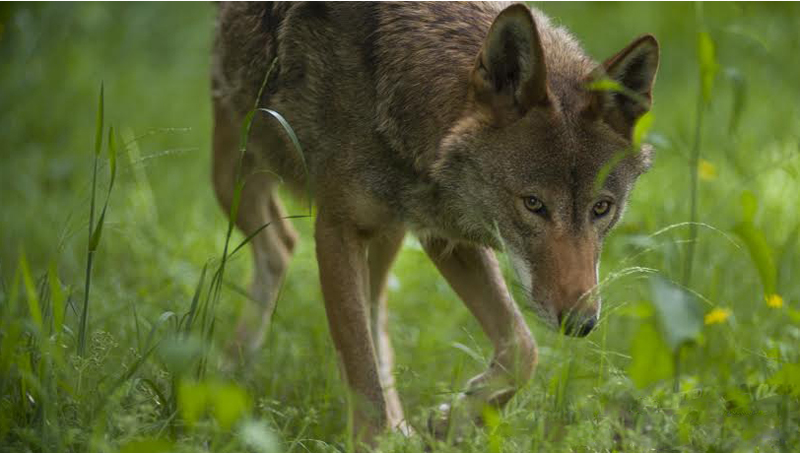 From the Southern Environmental Law Center

Red wolf captive breeding facilities today announced the release of four rare red wolves into eastern North Carolina after conservation groups won a federal court ruling in January that required the U.S. Fish and Wildlife Service to prepare a plan to release captive red wolves into the wild to avoid irreversible harm to the highly endangered population during ongoing litigation. The facilities also reported the fostering of four red wolf pups with a female wild red wolf in North Carolina.

“Getting more red wolves in the wild in North Carolina is what we’ve been fighting for, and this is finally a step in the right direction,” said Sierra Weaver, senior attorney at the Southern Environmental Law Center. “The ultimate question is going to be whether this marks a return to the service’s historic conservation commitment, or whether it is going to take more court orders to keep this up.”

As few as seven red wolves remained in the wild following the agency’s refusal to release any captive wolves for the past six years. In 2015, the USFWS suspended its longstanding and successful practice of releasing captive red wolves into the wild within the approximately 1.7- million acre Red Wolf Recovery Area. By contrast, during the first five years of its red wolf reintroduction program in eastern North Carolina, the USFWS released an average of eight wolves per year, totaling 134 red wolves over the program’s 35-year history. Proven conservation measures, such as captive red wolf releases and coyote sterilizations, helped the wild red wolf population grow to nearly 130 animals in the late 2000s, and it was estimated at 100 or more wolves from 2002 to 2014.

“Without this coalition’s dedicated legal advocacy, the red wolf could have been lost from the wild again,” said Ben Prater, Southeast program director at Defenders of Wildlife. “One release is not enough. It is my sincere hope that FWS is finally recommitting to the recovery effort, and will conduct annual releases to ensure a future for the species.”

The Southern Environmental Law Center sued the USFWS in the U.S. District Court for the Eastern District of North Carolina on November 16, 2020,  on behalf of the Red Wolf Coalition, Defenders of Wildlife, and the Animal Welfare Institute for violations of the Endangered Species Act caused by illegal agency policies that bar the use of proven management measures to save wild red wolves. The groups filed for a motion for preliminary injunction in the case on November 19, 2020, seeking to temporarily prohibit the agency from implementing its recent policy change barring the release of captive wolves into the wild. That motion was granted on January 22, 2021, when the court ordered the USFWS to develop a plan for the release of captive red wolves into the wild during the pending litigation.  This release of captive wolves into the wild population is pursuant to that plan.

“These releases represent an exciting and important step toward boosting the wild red wolf population,” said Johanna Hamburger, director and senior staff attorney for AWI’s terrestrial wildlife program. “Though the USFWS’s efforts are many years overdue, and a long road lies ahead, we are encouraged to see the agency again managing the species for recovery, not extinction.”

“The Red Wolf Coalition is grateful to the Species Survival Plan participants that made these releases possible,” said Kim Wheeler, executive director of Red Wolf Coalition. “Our hope is that these newly released red wolves will flourish in the wild, and that the USFWS Red Wolf Recovery Program will continue to take actions that offer a path forward toward recovery in North Carolina.”