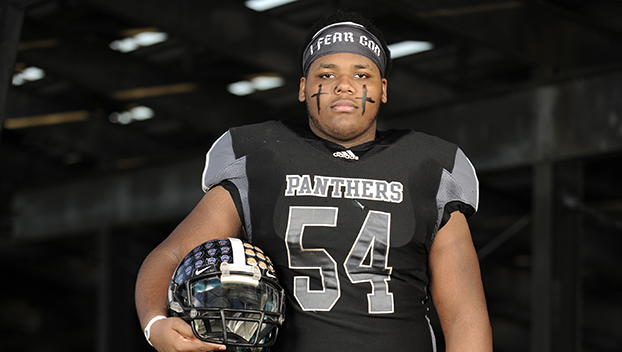 It would have been permissible for fans in the Carter-Finley Stadium stands to think the field titled at times during last Saturday’s 1A state championship game between Northside and Murphy.

The 6-foot-3, 310-pound Zion Wilson of Northside was matched against 6-foot-5 330-pound Yousef Mugharbil on offense and defense all day long.

Wilson more than held his own against the four-star recruit headed to the University of Florida and might have caught Ayden-Grifton and East All-Star head coach Paul Cornwell’s attention in the process.

Earlier this week, Cornwell chose Wilson to represent the East in the July 21st contest at Grimsley High School in Greensboro.

“It’s a big honor and I hope it helps me get on some Division 1 coaches’ radar,” Wilson said. “I have wanted to play in an All-Star game since my freshman year, so this is a huge deal. Playing against Murphy’s big guy showed me that I can compete with anybody. I thought I did a good job blocking him on offense and getting around him on defense.”

Wilson is the first Panther since Derrick Leathers in 2000 to play in the East-West game and the third in program history.

“He has a habit of making plays in other teams backfields,” coach Keith Boyd said. “He’s a good kid who works hard in the weight room and deserves a shot to play in college.”

Wilson had 30 tackles for the Panthers, including 15 for a loss and three sacks.  He’ll be one of just a few 1A players on an East team that has competed in the game every year since 1949, except for 2020, when COVID-19 forced a cancellation.

“Representing Northside in the championship game was great and I’m looking forward to doing it again,” Wilson said. “It motivates me to keep working so I can play at the next level.” 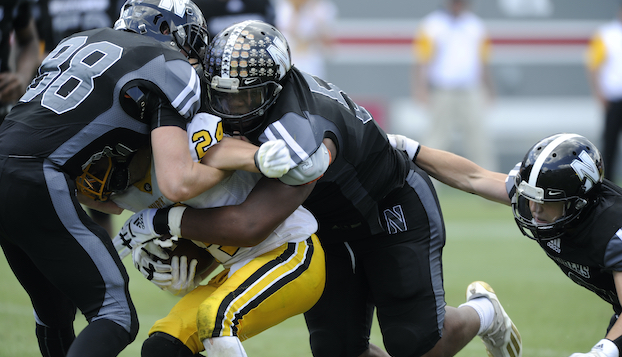