High Five-From the gridiron to the diamond 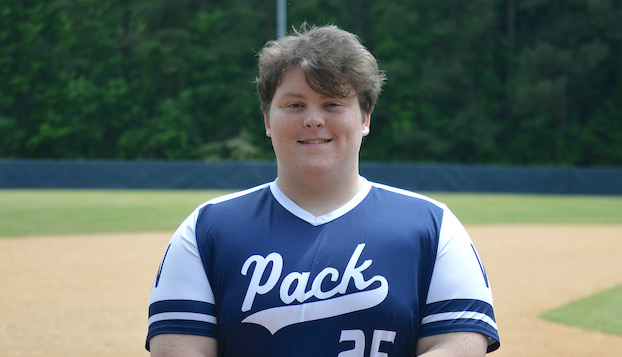 Washington High School senior Robert Pollock helped the football team to the East finals, then reported to baseball practice three days later. He played on the offensive and defensive line and is the starting catcher on the baseball team. He plans to attend Appalachian State in the fall.

Robert: It seemed like things were backwards with the temperature. We are used to starting the season when it’s really hot, then cooling off in the fall. This time, we about froze to death at the beginning, but then it got warmer every week. We also had a much longer pre-season than usual, which meant there was a lot of time for working out.

Robert: There are plenty of positive memories from many different games, but the first round playoff game against South Granville stands out for me. I was coming back from an injury and the coaches put me at nose tackle. I was a little nervous about playing defense, but I made a tackle for loss on fourth down and one and that helped us get momentum early.

Robert: Baseball, because I’ve loved it all my life. I was bad at sports when I was little, but when I was about eight, I hit the ball really well right up the middle. It was a great feeling and I’ve loved baseball ever since.

Robert: Practicing hitting and then doing it in a game. I love the process of learning, then perfecting how to hit. It’s a tedious, but fun, process and it’s really hard to hit a ball when it’s coming at you fast.

Robert: I am a New York Giants football fan. My family is from New York and my dad grew up a fan. I still enjoy watching their games with him on Sunday’s. Odell Beckham, Jr. was my favorite player when he was with them.