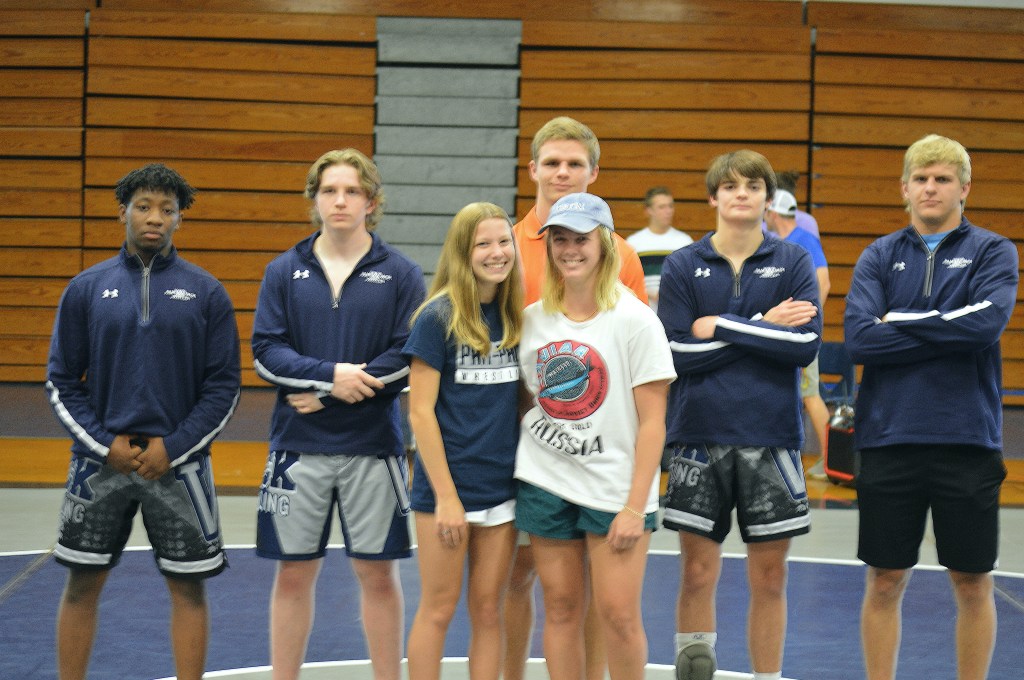 Traditionally, high school wrestling, along with basketball, fills the void between football and spring sports and helps the colder, darker winter pass quicker.

Of course, nothing is traditional during this COVID-19 altered sports calendar and here we are in May, with wrestling season a little more than half over.

“It is certainly different, but I like going home after practice and matches when it’s not so dark, seventh year coach Chris Penhollow said. “Our kids have managed it well and they are happy they get to wrestle. It was questionable for a while if we would, given the nature of our sport.”

The traditionally strong Pam Pack squad is off to an 11-2 start and are 6-0 in conference matches. Washington is looking for its seventh straight conference crown under Penhollow and have not lost a league match during that run.

Normally, the Pam Pack competes in the state tournament as a team, followed by the individual state-wide competition.

The North Carolina High School Athletic Association decided not to hold the team tournament this year because of the pandemic, so the conference team tournament will be followed by the top 16 individuals in each weight class competing in four regionals across the state.

“Our team was the runner-up in the East to Croatan last year and it would have been fun to face them again,” Penhollow said. “We usually have between four and nine wrestlers make it to the state tournament, but we haven’t had a state champion since I’ve been here.”

“They are the first ones to show up and the last to leave,” Penhollow said. “They are solid captains for us and have developed into good leaders.”

Freshmen Braxton Woolard (12-1) and Bryant Smith (11-2) have put together solid seasons along with senior Tristen Nixon (11-1).

Senior Walt Gerard has missed the season while recovering from a shoulder injury, while classmate Hayden Anderson was injured early and is concentrating on baseball. Fellow senior Davion Coward has been out all year with a foot injury, but is expected back for the end of the season.

“I never wear long pants, but I always hang a pair at the front of the bus when we go to the state tournament,” Penhollow said. “I always tell the kids I will wear them ff we have somebody wrestle for a championship. Hopefully, this is the year.”