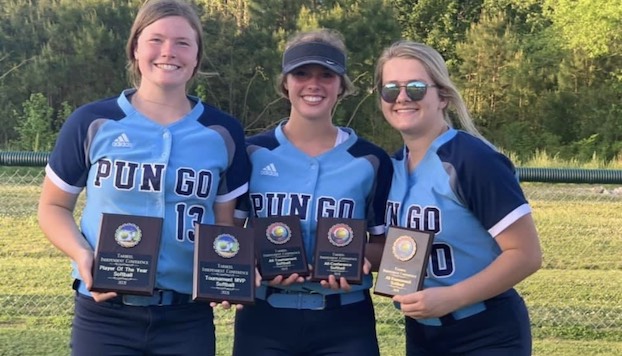 Pungo Christian Academy softball teammates Reagan Stoop and Melanie Rutledge were named to the NCISAA All-State team after helping the Lady Raiders to the 1A Final Four.

Stoop, a sophomore pitcher, made it for the third time and Rutledge, her freshman catcher repeated on the first team.

“These two have played on teams together since they were seven,” said PCA coach Leigh Stoop. “They care about the team above all else and both work hard in practice. Melanie has natural power at the plate, while Reagan goes about her business quietly and always tries to improve.”