‘We expect them to return in force:’ Superintendent addresses enrollment drop 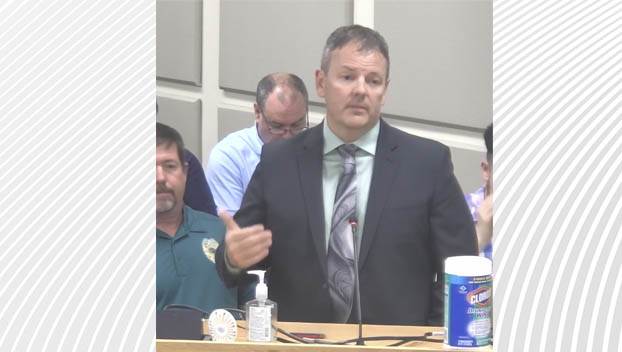 Beaufort County Schools Superintendent Matthew Cheeseman spoke to the Beaufort County Board of Commissioners on Thursday about the district’s pandemic-related decline in enrollment over the past year.

During a budget workshop meeting, Board Chairman Frankie Waters asked Cheeseman about enrollment.

“On your enrollment, this past year you lost 398 (students) because of the pandemic,” Waters said. “How do you feel about this upcoming year as far as the enrollment?”

Referencing an article published by the education news outlet EdNC, Cheeseman noted that enrollment drops during the pandemic continue to be a statewide issue.

“We didn’t lose children, sir. I know where they went,” Cheeseman said. “They’re not lost. And specifically we expect them to return in force. And our teachers are ready for them. Our staff is ready for them.

“And remember, on March 14, 2020, at 4:30 p.m., someone made a choice for us to shut down our schools,” Cheeseman said, referring to Gov. Roy Cooper’s executive order requiring schools to close for what was then a minimum of two weeks. “And in that choice, handcuffed our Board of Education, and all boards of education in public school units. We had to follow very specific laws, as other charter schools, private schools, home schools did not have to follow. And in that regard, we anticipate them to come back.”

EdNC reported in March that the number of students enrolled in North Carolina public schools in fall 2020 dropped by 63,000 in comparison to the year prior, and charter school enrollments increased by 8,088 over that same time frame. The rest of the 63,000 students may be in private schools or home schools. Some may not be in school at all. Specific data will be available in July when the N.C. Department of Administration’s Division of Non-Public Education releases data from the 2020-21 school year.

The school system saw hundreds of students transition from remote learning back to in-person classes this spring. North Carolina public schools are required by state law to offer remote learning options through the end of the current school year, which is May 28 for BCS.

The district plans to return to a standard schedule of in-person classes five days a week this fall, with no virtual academy offered.

Cheeseman referred to recent social media posts noting that the drop in enrollment happened specifically under his leadership.

“Absolutely, it’s under my leadership,” Cheeseman said. “But in no such way did we lose them because of the quality of the education we’re providing. We lost them because we were mandated to make sure they have a mask, and some families didn’t want that, whereas in a private school, they didn’t have to worry.

“We lost them because we had to do certain protocols, like taking temperatures of every single child, while other schools did not have to do that. And so, in Facebook leadership, I’ll take ownership that I’ve lost 390 children under my care. But in reality I know where they are and I anticipate they’re going to come back.”