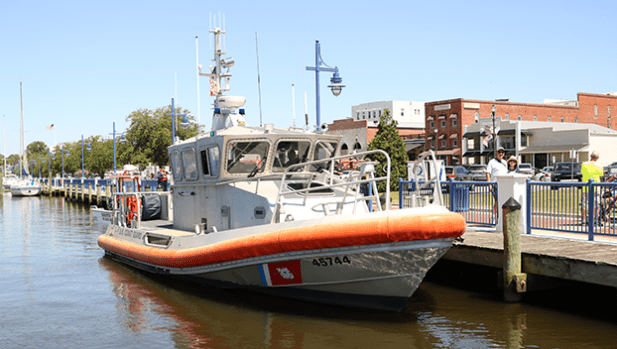 VISITING VESSEL: The United States Coast Guard brought an official vessel measuring 45 feet in length to the kickoff event held on Friday at Washington’s waterfront in the city’s harbor district. National Safe Boating Week is being recognized in North Carolina by multiple state and local organizations and occurs from May 22-29. (Chelsea Hofmann / Washington Daily News) 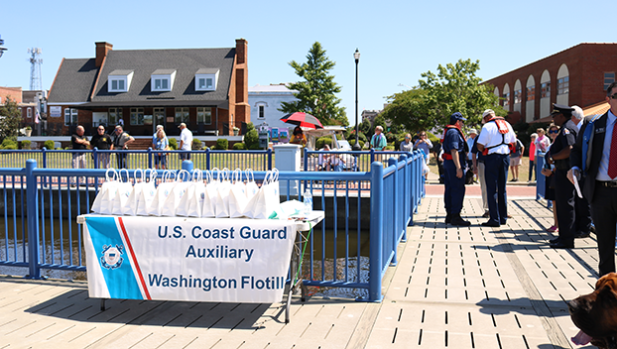 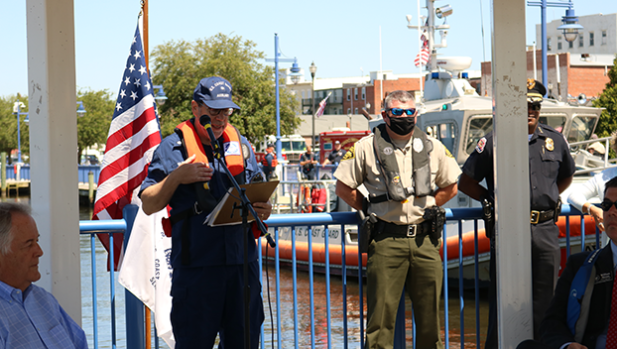 SPEAKER: Flotilla Commander David Silberstien led the ceremony with readings of proclamations for individuals not present and introduced the speakers for the event. (Chelsea Hofmann / Washington Daily News) 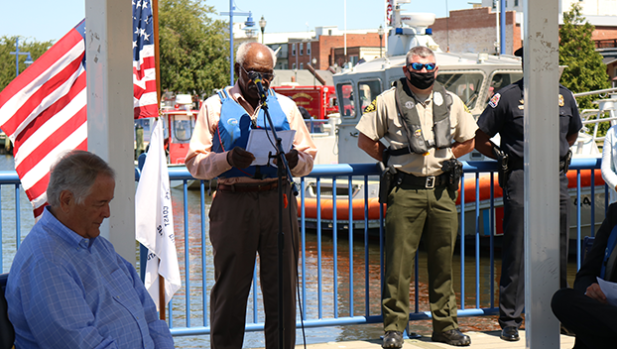 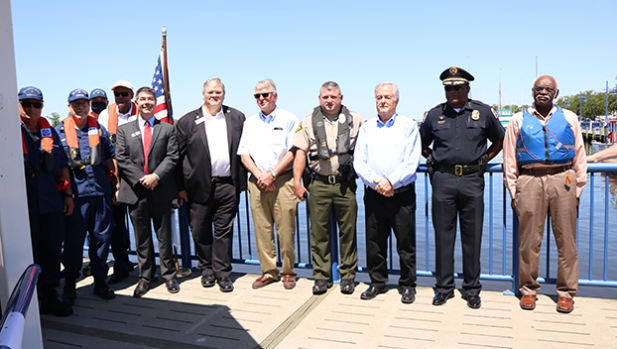 The Coast Guard Auxiliary celebrated the start of National Safe Boating Week during a ceremony held on the Washington waterfront Friday afternoon.

Proclamations from the present mayors, as well as one from Governor Roy Cooper, were read aloud during the ceremony.

National Safe Boating Week occurs during the week of May 22 through May 29 as a lead up to Memorial Day weekend, which is often considered the unofficial start to the recreational boating season. The likelihood of accidents, mechanical failure and search and rescue situations increases as more boaters get out on the water.

According to the United States Coast Guard, the 2020 recreational boating season saw an increase of 24% in boating accidents and deaths compared to 2019. June, July and August of 2020 saw the highest rate of on-water deaths from recreational boating in 23 years. For individuals preparing to partake in watersports and boating activities, the Coast Guard recommends several safety precautions be made to lessen the likelihood of an accident.