High Five-undefeated on the mat so far 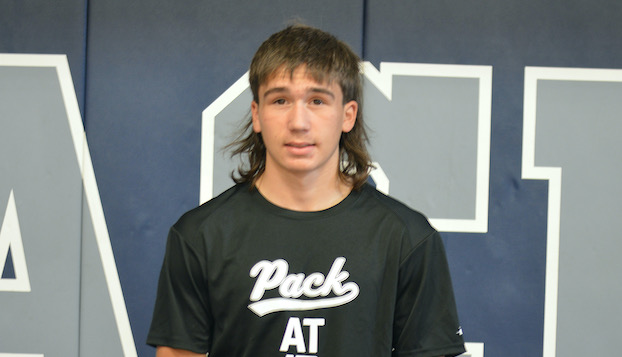 Washington High School junior wrestler Isaac Campbell is 15-0 in the 126-pound weight class as the season nears the end. He also competed in the state cross-county meet for the Pam Pack.

Isaac: My dad got me to try it when I was seven. He wrestled in West Virginia growing up and he showed me his old videos. I wanted to do what he did, so he took me to a place in Grimesland for lessons. I’ve wrestled ever since.

Isaac: One of the first moves I ever learned is called the bundle. You basically wrap a guy’s arms around his head. It’s my favorite move and it usually works out. If not, I go to the arm bar.

Isaac: No. I don’t watch much TV and definitely not that. It is totally fake and not entertaining to me. What we do and what they do are totally different and I’m not a fan.

Isaac: I would go forward to see what I will be doing a few years down the road. I have no idea right now what that would be.

Isaac: Babe Ruth, because he would have cool baseball stories to tell. (Actor) David Spade, because Joe Dirt is one of my favorite movies and I think he’s funny and Brian Johnson (ACDC’s lead singer) because I like their music. We would eat steak, mashed potatoes, corn and green beans.