Woolard to play at Barton College 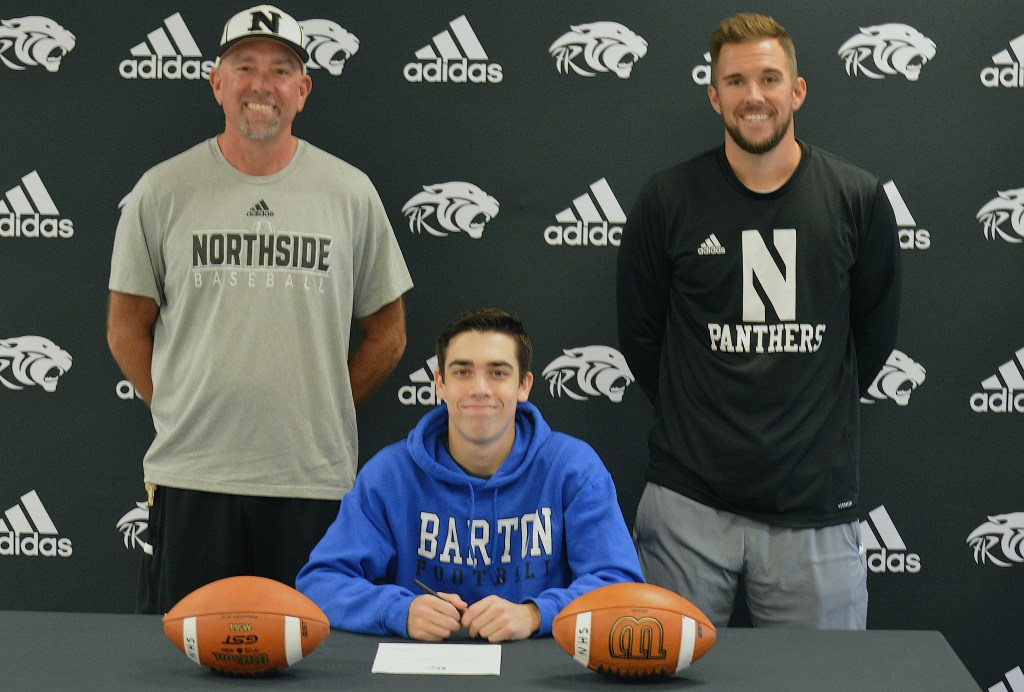 Woolard caught eight passes for 128 yards and two touchdowns and ran for 172 yards and another score in the Panthers run-oriented offense.

He accounted for 355 all-purpose yards, including kickoff returns, had 11 tackles and intercepted a pass.

The Panthers went 8-3 and made it to the 1A state championship game in Raleigh earlier this spring.

Woolard’s time on the Carter-Finley Stadium turf was brief as he broke his foot halfway through the first quarter.

“I’m so happy Barton wanted me to come play for them because I couldn’t see my career ending with an injury,” Woolard said. “I was really disappointed when it happened, but at least I’ll be back on the field in the fall.”

Barton, located in Wilson, played its first season since 1950 earlier in the spring and went 0-4 in regular action before beating Louisburg in a scrimmage. The Bulldogs are a Division II squad that competed against Erskine, Wingate, Lenoir-Rhyne, Catawba and Newberry in the spring,

“I’m excited to be part of something new and help build a program,” Woolard said. “I think this senior class built something here at Northside and it will be fun to try to do it again.”

Woolard transferred from Washington High School after his sophomore year and Panthers head coach Keith Boyd said he made a positive impact on the program.

“He was raw when he got here, but he worked hard in the weight room and during practice and it’s paid off for him,” Boyd said. “I think he can contribute at slot receiver or at cornerback and it’s exciting for him to get the opportunity. It’s also a good example for our younger guys to know they have a chance also if they put in the work like Payton did.”

Woolard said he considered UNC-Pembroke, Greensboro College and Methodist University before deciding on Barton. He plans to major in Sports Management with an eye toward being a coach someday.