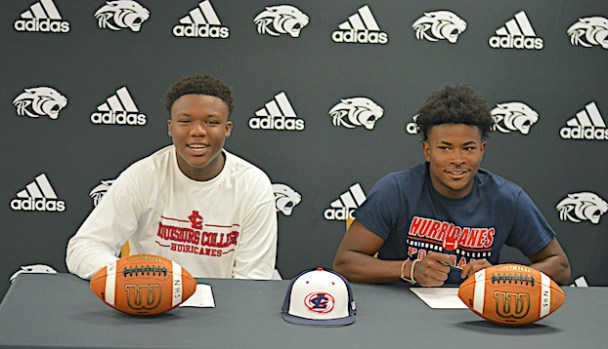 Northside teammates AK O’Neal (L) and James Gorham will play football at Louisburg Junior College in the fall. The two helped the Panthers to an 8-3 record and a spot in the 1A state championship game. (Steve Barnes/The Daily News) 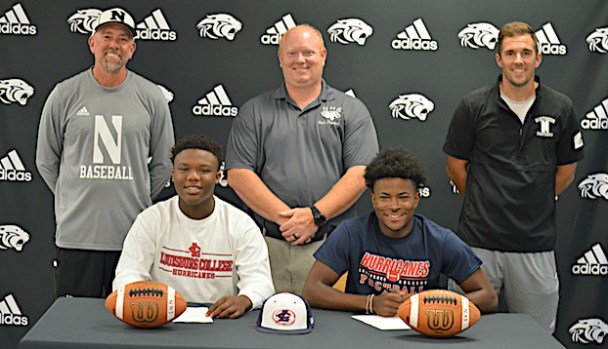 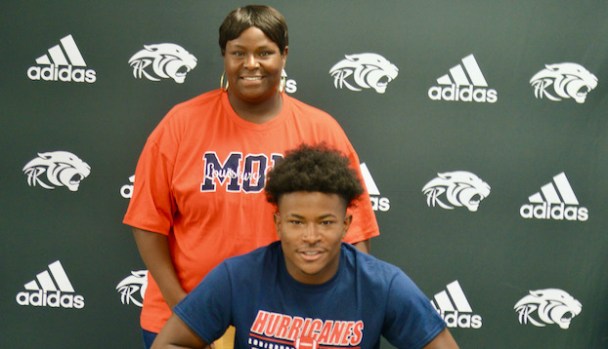 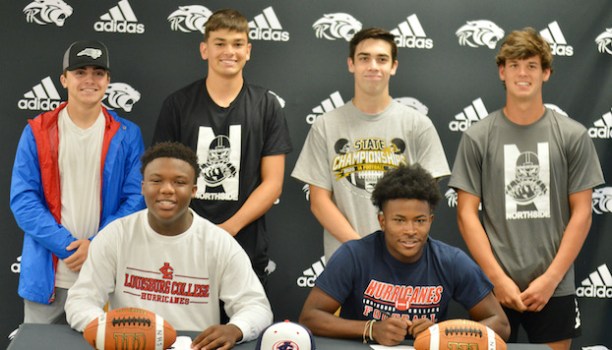 O’Neal, a 6’4 260 lb. offensive tackle opened plenty of holes for the shifty Gorham on the way to the 1A state championship and the pair hope to pick up where they left off at the next level.

“It’s a good move for both of them and they have the potential to do very well there,” head coach Keith Boyd said. “It’s up to them to work hard so they can keep playing at a bigger school as juniors. They are both great kids and I’m proud of them.”

Gorham scored 23 touchdowns in 10 games, averaged 12 yards per carry and finished with 1473 yards as the Panthers advanced to the state championship game for the second time in school history. O’Neal anchored the offensive line while coming up with timely quips to lighten some tense moments.

“He’s a bit of a joker, which kept us loose when we needed it, but he also stayed focused on his job,” Boyd said. “His upbeat and positive demeanor gave us a big boost. He’s a great teammate and the Louisburg guys will figure that out quickly.”

O’Neal and Gorham had other options, including St. Augustine’s and Barton College and made their decisions separately.

“We visited on the same day, but we didn’t tour the campus together,” Gorham said. “We both liked it, so it was an easy decision. I like it because it’s a smaller campus where we both have a chance to play as freshmen if we earn it.”

The two will room together and report in about three weeks for summer school, pre-season workouts and a chance to settle in before practice starts in August.

“It’s far enough away, but still easy to come back when we want to,” O’Neal said of the two hour distance. “We’re both really excited and thank our coaches, teammates and teachers for what they’ve done for us.”