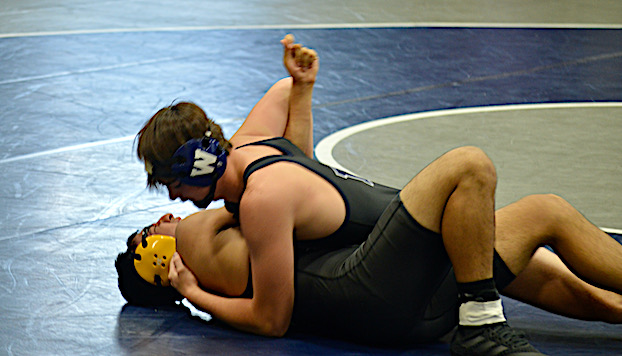 All nine of the Pam Pack wrestlers finished in the top three, but South Lenoir had a wrestler in each of the 14 weight classes and prevailed by 26 points. The Pack claimed its seventh straight conference regular season title earlier in the week with a 10-0 record and finished 19-2 overall.

Congratulations to them,” WHS coach Chris Penhollow said. “I think this is the first time in my seven years here that we haven’t had a full 14 man roster for the conference tournament, but it’s been that kind of year. We had a couple of matches go the other way and that’s wrestling. South Lenoir runs a good program and earned it.”

“I’m proud that every guy we took made the podium,” Penhollow said. “They all competed hard and that’s what we ask of them. We’ll re-group and get ready for regionals in two weeks.”

The post-season format changed this year because of COVID-19. Individual wrestlers will use the regional to qualify for the state meet, but there will be no team competition at either level.