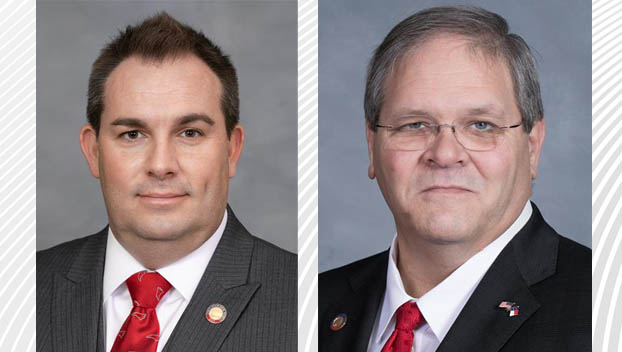 North Carolina House Majority Leader John Bell and District 79 Rep. Keith Kidwell sent Gov. Roy Cooper a letter Tuesday asking him to explain the “specific metrics and data that will need to be met” in order for Cooper to lift the state of emergency he declared in response to the COVID-19 pandemic.

“North Carolina has now been under a self-declared state of emergency for over 450 days. In response to a question about ending your emergency order during a June 2 press conference, you said, “We are still in the middle of this pandemic” and “The state of emergency needs to continue,’” the letter reads in part.

“This is deeply concerning. Vaccinations are widely available, cases are at new lows, and capacity restrictions have been completely lifted. Yet, we are in the ‘middle of this pandemic?’ There seems to be no urgency or plan to end the state of emergency. We believe this is unsatisfactory.”

During a June 2 media briefing, Cooper talked about the state of emergency but didn’t say when it would be lifted.

Kidwell and Bell are primary sponsors of House Bill 264, the Emergency Powers Accountability Act, which would require the governor to seek the concurrence of the Council of State when declaring a state of emergency beyond 30 days. The bill would allow a state of emergency declared by the governor to expire after seven days if it doesn’t have the support of the majority of the Council of State.

H.B. 264 passed the House 69-50 on March 31, and it has since been referred to the Committee on Rules and Operations of the Senate.

“I think we can all agree that no one should have absolute power and authority over our citizens,” Kidwell, who represents Beaufort County, said when the bill was introduced. “Especially for an entire year with emergency powers.”

Across the country, governors are ending their state of emergencies, including the South Carolina governor who just this week allowed its order to expire,” the letter to Cooper reads. “Furthermore, the Virginia governor recently said that he will not extend its declaration when it expires June 30.

“The people of North Carolina have worked extremely hard to follow and adhere to social distancing guidelines and restrictions. They deserve more information and transparency in this process. We respectfully ask that you provide the legislature and the citizens of this great state with the specific details on how and when the state of emergency can be lifted.”