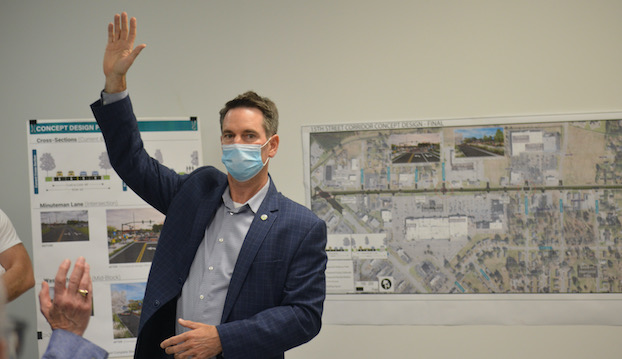 There’s hope for motorists, pedestrians and bicyclists who currently navigate 15th Street, but more patience will be required before we realize the full benefit.

The project took another transparent step forward Tuesday as Stantec Engineering unveiled the final redesign plan for the 1.6 mile stretch between U.S. 17 Business/Carolina Avenue and Brown Street that ranks among the most unsafe roads in the state.

After a previous city council voted down a controversial state Department of Transportation plan four years ago that raised considerable opposition, the current council decided back in November to pay Stantec $75,000 to come up with a design that all parties could live with and involve the public in the process.

COVID-19 forced several public input sessions online, but those who chose to participate had plenty of input. Also, well over 1,500 citizens filled out an opinion survey and made suggestions on the 15th Street interactive map.

Business owners and residents along the corridor weighed as well and the result, so far anyway, should be a safer, more pedestrian-friendly and aesthetically pleasing route.

Stantec and city officials hope to deliver a report to the city council by their next meeting in July. Once they approve, it goes on to DOT in Raleigh as a project to be funded eventually.

The proposed roundabout at the east end of 15th Street where it intersects with Brown and 12th south of Vidant Beaufort Hospital drew plenty of buzz during Tuesday’s presentation.

If approved, it will certainly be a different driving experience, but motorists will catch on quickly and we are confident traffic will flow more freely in that area.

The Stantec folks are as well and have plenty of date to prove their point. In fact, project engineer Mike Rutkowski suggested the city should make a couple more roundabouts along the route part of the funding plan to allow for future growth.

We were cautiously optimistic after the design workshop ended in April and remain so.

The plan to stay within the existing 60 foot right of way would mean little to no loss of property, cut the project’s cost almost in half and allow for sidewalks and bike paths because the road would shrink to two lanes with medians and left turn lanes.

There’s no question it will be different and take some getting used to, but Stantec has a successful track record with similar projects around the state.

It will be interesting to watch our city council discuss this project. All are aware that something needs to be done.