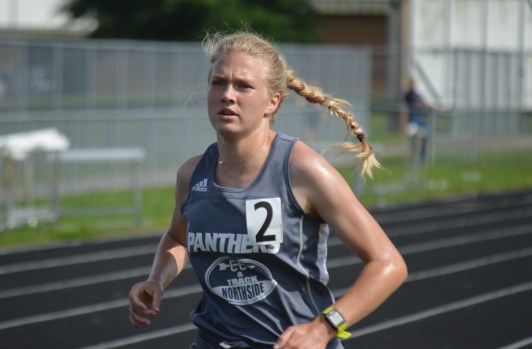 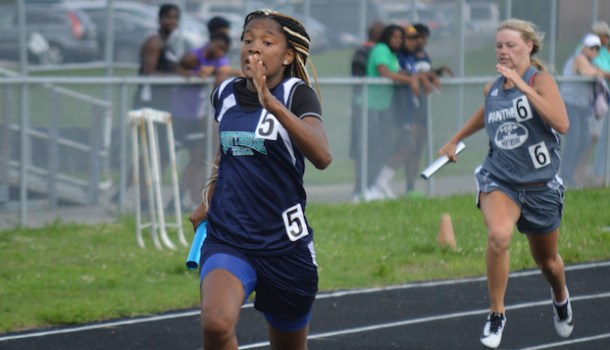 Southside’s Tajhe Speller outruns Northside’s Kat Slade during the 4 x 100 relay at the conference track and field meet at Southside High School. Both will compete in the 1A East regional this weekend. (Steve Barnes/Washington Daily News) 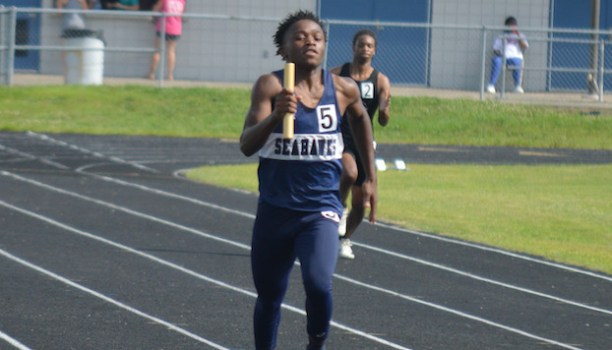 Southside freshman Tequan “Tater” Moore helps the Seahawks to a victory in the 4 x 100 relay in Wednesday’s conference track and field meet on his home track. (Steve Barnes/Washington Daily News) 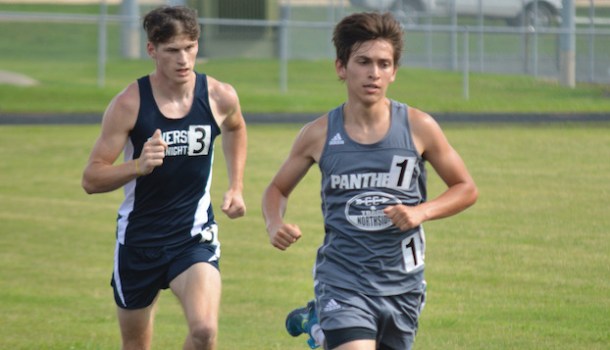 Pamlico County won the girls meet, while Riverside prevailed on the boys side.

Wilson threw 42.315 feet to win the shot put and he finished third in the discus. Taylor finished second in both events.

“Those two came to throw and did what they’ve done all season,” Panthers coach Bob Girani. “They’ve both been very consistent and were again today.”

Holland, Price and Dugan teamed with Jordan Harding to finish third in the 4 x 400.

“I’m extremely happy with our boys team’s performance,” said Girani. “I’m elated that we finished third and we competed well as a team.”

For Southside, Tequan Moore, Hunter Leary, Jaquan Cobb and Kenjray Coffield won the 4 x 100 relay, while Moore and Leary teamed with Victor Gonzalez and Darren Joyner to finish second in the 4 x 200.

On the girls side, sophomore Ka’Nyah O’Neal won the high jump (4-10) and finished second in the 300 hurdles and was part of the third-place 4 x 200 relay with Chelsea Hemby, Tajhe Speller and Tyanna Tyre.

Speller was second in the long jump and part of the second place 4 x 100 relay with Hemby, Tyre and Laquisha Woolard.

For the Northside girls, senior Caroline Boyd ran a personal record 5:56.58 1600 meter (1 mile) race for a second place finish and was part of the second place 4 x 800 relay team with Lauren Rouse, Anna Taylor and Kiele Scott. The quartet also were runners-up in the 4 x 400. Senior Kat Slade was second in the high jump and third in 4 x 100 relay with Rouse, Scott and Anna Barrett.

Both schools will compete in Saturday’s East Regional at Pender High School.