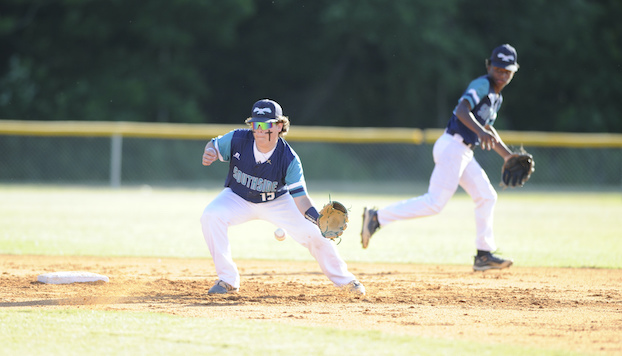 At least this year’s senior baseball players had the opportunity to end their careers on the field.

That wasn’t the case in 2020 as COVID-19 abruptly ended the spring sports season, leaving the senior class without a conventional end to their high school career.

“Last year was tough on everybody,” Southside coach Daniel Folk said. “I was in my first year as the head coach after being an assistant and it was hard telling those kids we were done. This year was a different challenge, but we are happy we had a season.”

The Seahawks started strong, but ended 5-5 in league play and 9-5 overall. Junior Shawn Gerard led the offense with a .422 average and 23 RBI, while freshman Tequan Moore batted .333, scored 20 runs and stole 13 bases. Junior Matt Bullock anchored the pitching staff with a 4-2 record, a 1.31 ERA and 30 strikeouts in 32 innings.

“It seemed like we hit the wall at the halfway point,” Folk said. “One win in our last five games would have put us in the playoffs. We did our best and the future is bright as we only lose two seniors.’

Teams were limited to a conference-focused 14 game regular season, down from the usual 20-22, that started with the players wearing masks for the first week.

Washington and Northside started the season without their full squads because of deep runs in the football playoffs and all three teams dealt with weather disruptions at the end.

“It seemed like we were playing catch-up from the first practice,” Washington coach Lane Raper said. “We didn’t have our full lineup until after football and it took those kids a while to adapt. Everybody did their best and we have some good young players, so next year will be more normal.”

Northside came the closest to making the playoffs after starting 1-5. The Panthers defeated Tarboro 11-2 on the last day of the regular season for second place in the conference at 5-5 and 5-6 overall, but weren’t chosen for the 1A state tournament.

Senior Caleb Alligood led the team with a .421 average and 12 RBI, while classmate Cameron Craig batted .367 with 16 runs scored. Fellow senior Ryan Cornelius went 3-1 with a 3.39 ERA and 33 strikeouts in 33 innings pitched.

Craig will continue his career at Methodist University, while Cornelius will play at North Carolina Wesleyan.