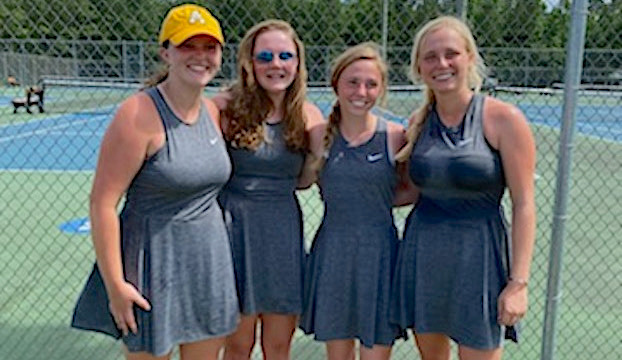 Holscher finished the conference season 9-0 and will aim for her second trip to the state tournament with a high finish at Greene Central High School Friday and Saturday. The Pam Pack finished second to the host school in the conference tournament.

Holscher finished second in the East regional last fall and competed in the state tournament before COVID-19 called a halt to all sports.

Because tennis was pushed back to the end of this school year, she’s competed in cross-country, basketball and softball before picking up the racket.

“She’s had a good year along with the others who qualified,” said coach Miranda Whitley. “Olivia and Katherine also play multiple sports, so it’s been a longer than usual year for them. We’ve had a short, but fun season and hope to do well this weekend.”

“I’m proud of them for making it this far,” Whitley said. “We’ll give our best and see what happens.”