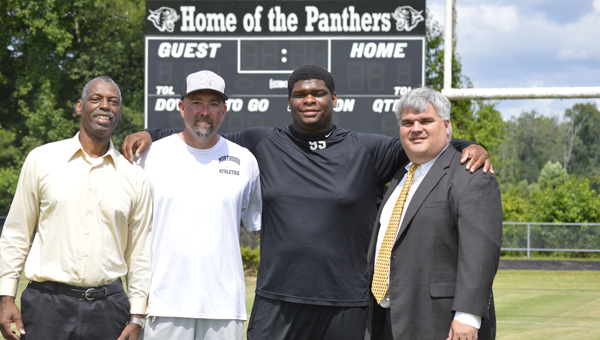 The 34-year old Belhaven native led the Panthers to the East title game in 2005, earned the Conference USA Defensive Player of the Year award his senior year at ECU and was the Green Bay Packers seventh round draft pick in 2010.

He won a Super Bowl ring his rookie year with the Packers after their win over the Pittsburgh Steelers and went on to play for Oakland, Detroit, New Orleans and Chicago before his career ended in 2017.

A defensive end/tackle in college and the NFL, Wilson played multiple positions on both sides of the ball for the Panthers, played basketball and was on the track and field team at Northside.

According to a North Pitt news release, Wilson will be an online facilitator as part of the school’s faculty and assist with the football team.

“I’m very excited to be joining the North Pitt football family,” Wilson said in the release. “I can’t thank the staff enough for this opportunity to be able to share what I have learned throughout my NFL career. This has always been a passion of mine. My goal is to educate and teach these young men that success begins in the classroom. I’m looking forward to the bright future ahead.”